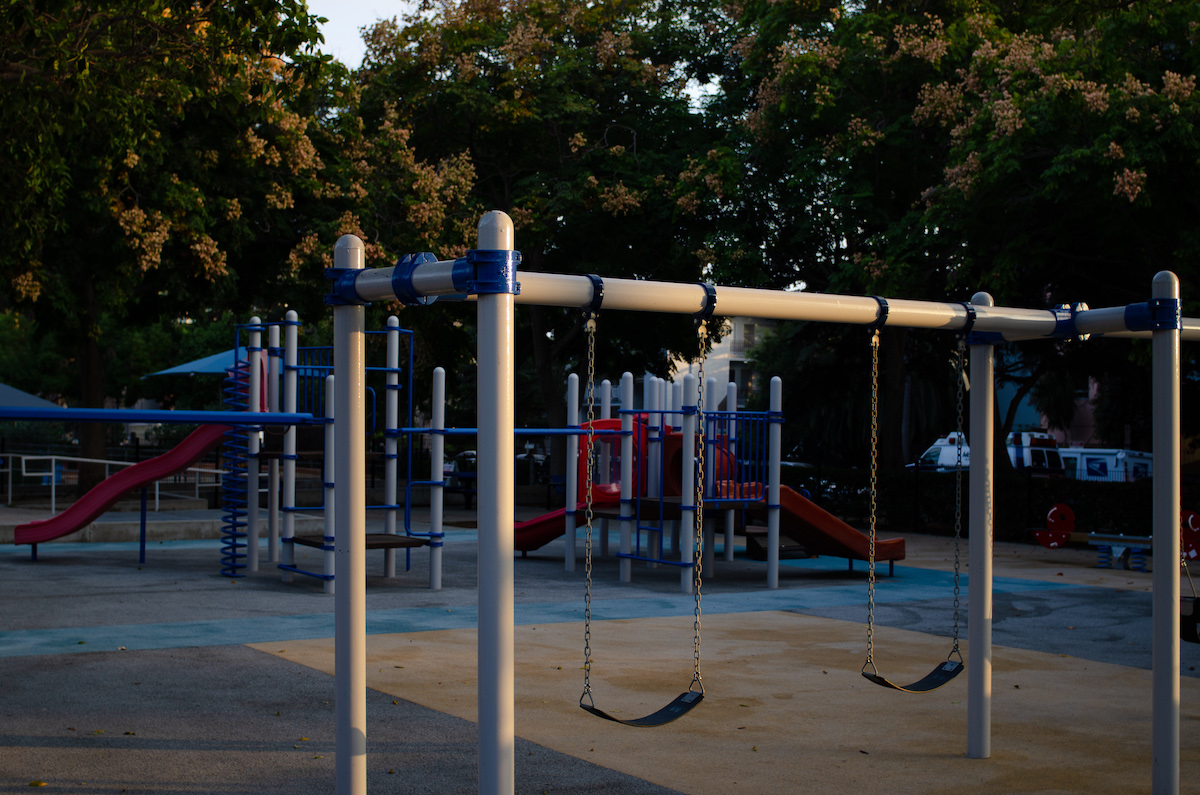 12 parks across the city set to reopen Friday

A dozen Santa Monica playgrounds are set to reopen this week.

According to the City of Santa Monica, the following playgrounds will reopen on Friday, October 9:

“The City’s Public Works teams have been hard at work evaluating equipment, replacing materials, pressure washing the grounds, and installing signage with guidance for a safe experience for visitors,” the City said of the reopenings.

Last week, the Los Angeles County Department of Public Health announced that playgrounds were cleared for safe reopening but left the decision up to local cities.

According to the City of Santa Monica, Annenberg Community Beach House, Euclid Park, Ishihara Park Playground, Ocean Park Beach and Ozone Park playgrounds will not be reopening on Friday, as they do not have nearby restrooms or need additional maintenance.

In addition, Muscle Beach and park outdoor exercise equipment remain closed with reopening slated soon. Santa Monica-Malibu Unified School District (SMMUSD) will reopen playgrounds at Roosevelt, Franklin, and McKinley elementary schools this weekend through the Playground Partnership. Playgrounds at Edison, Grant, Roosevelt, and Los Amigos will be reopened by SMMUSD through the end of next week. The hours are 3 to 6 p.m. at these SMMUSD playgrounds.

Under playground rules, patrons must wash or sanitize hands before and after using the playground. Face masks over the mouth and nose are required for everyone two years of age or older. In addition, no eating or drinking will be permitted in playgrounds to ensure face masks are worn at all times, according to the City.