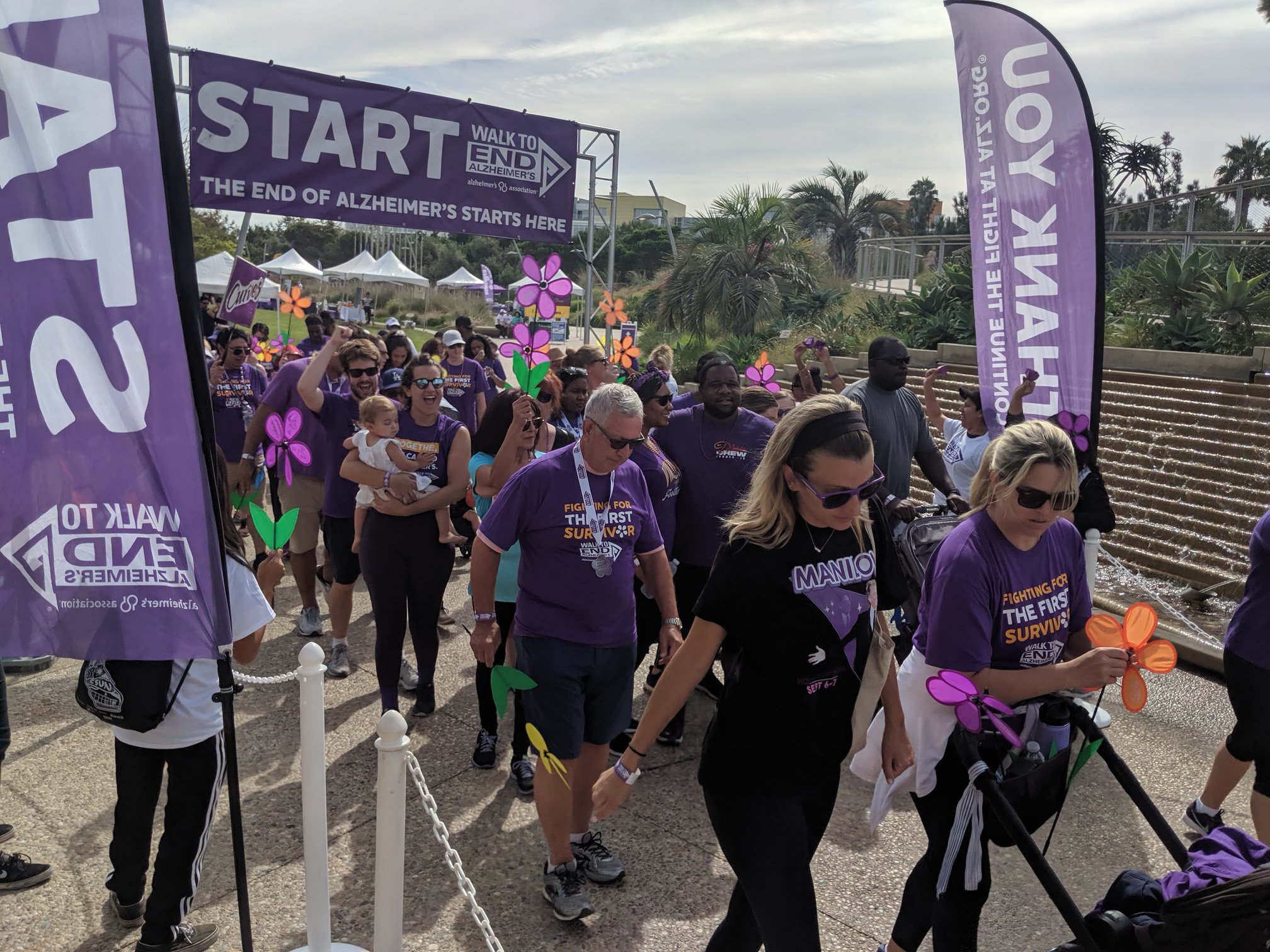 Santa Monica and Westside residents walked throughout the city’s neighborhoods, parks and trails, waving flags and sporting purple outfits to raise awareness and funds in the fight against Alzheimer’s through the Alzheimer’s Association Walk to End Alzheimer’s.

Due to the COVID-19 pandemic, participants were unable to walk together, in one location as they have in the past. Instead, they walked as individuals and small groups across the area, many coming up with creative ways to raise awareness within their neighborhoods, such as dressing their dogs in purple and including them in the celebration. After walking, participants were able to view a drive-by Promise Flower Garden located at the Santa Monica Box ‘N Burn. Each flower in the garden carried a specific significance:

Purple: I lost someone to Alzheimer’s or another dementia

Blue: I am a person living with Alzheimer’s or another dementia

“It’s unfortunate that we cannot meet as a group this year,” said Margaret Barron, executive director of the Alzheimer’s Association California Southland. “However, the important thing is that we are still walking, on the same day and with the same relentless dedication. We will be walking in different locations at the same time, with the same goal: to find prevention, treatment and a cure for Alzheimer’s.”

The walk began with an online opening ceremony, emceed by ABC7’s Jovana Lara.