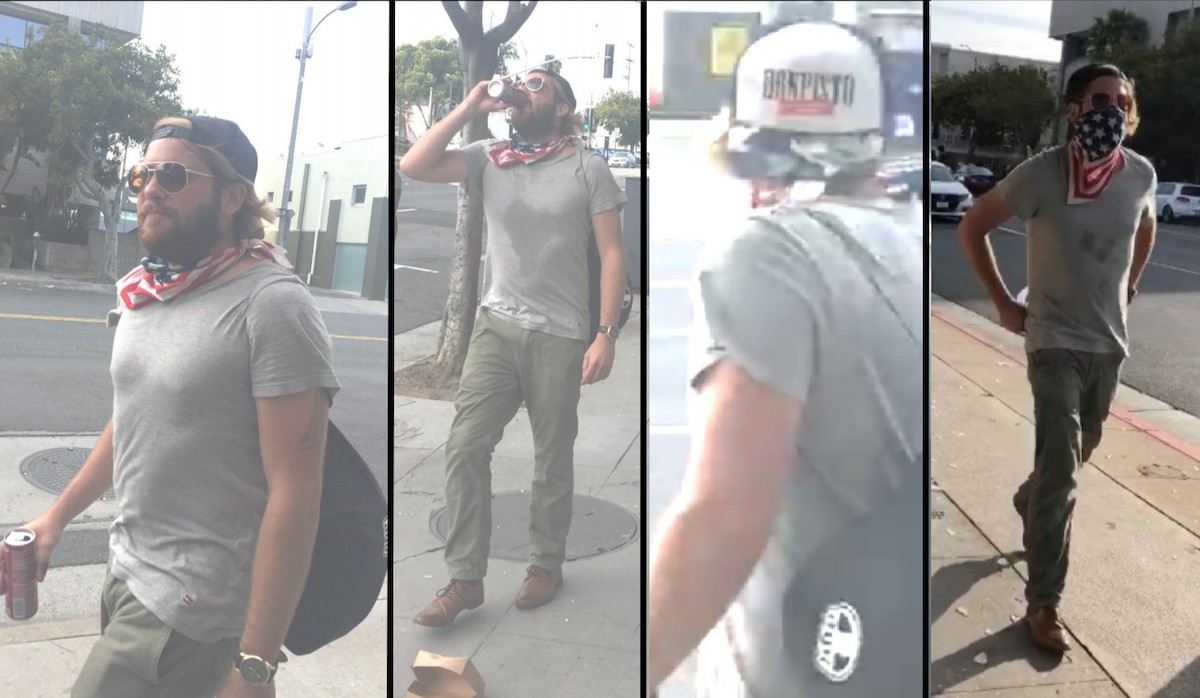 An Irvine man was taken into federal custody this week on charges alleging he set fire to a Santa Monica Police Department car during civil unrest that accompanied widespread protests in late May.

Nathan Wilson, 27, is charged in a federal criminal complaint with malicious damage to property owned by an institution or organization receiving federal financial assistance.

Wilson was linked to the May 31 fire that destroyed the unmarked Santa Monica Police car when a witness told law enforcement they had driven Wilson to Santa Monica on that day and they believed he had set fire to a police car.

Publicly available social media posts show that the person who set fire to the police car parked at the loading dock of the Santa Monic Civic Center was wearing certain clothing and accessories, had an American flag bandana over his face, and had a distinctive tattoo of a rifle on his left arm, according to an affidavit filed with the complaint. The witness directed authorities to one of Wilson’s social media accounts – an Instagram account under the handle “yup_i_eat_crayons” – where Wilson had posted a “selfie” taken in Santa Monica on May 31. In his Instagram selfie, Wilson appeared exactly like the person seen in other social media posts who stoked the fire that destroyed the police car, the affidavit alleges.

In early June, the FBI and the Santa Monica Police Department issued a wanted poster for the person later identified as Wilson. After receiving tips and conducting investigations, law enforcement was not able to identify the perpetrator who caused the fire that destroyed the police car.

That changed when Wilson became a suspect in a September 28 vehicle arson that occurred in Irvine, according to the affidavit. Following a domestic dispute that culminated with a fire in a vehicle owned by Wilson’s live-in partner, authorities obtained information that linked Wilson to the May 31 fire in Santa Monica.

Wilson was taken into custody on October 9 when Santa Monica Police officers, in conjunction with the Irvine Police Department and the FBI, executed a search warrant at the Irvine residence and found Wilson hiding in a mattress box spring in the bedroom. During that search, authorities recovered items of clothing that appear to be the same seen on Wilson in the various photos taken near the destroyed police car.

A criminal complaint contains allegations that a defendant has committed a crime. Every defendant is presumed innocent until and unless proven guilty beyond a reasonable doubt.

f convicted of the malicious damage offense alleged in the complaint, Wilson would face a mandatory minimum sentence of five years in federal prison and a statutory maximum sentence of 20 years.