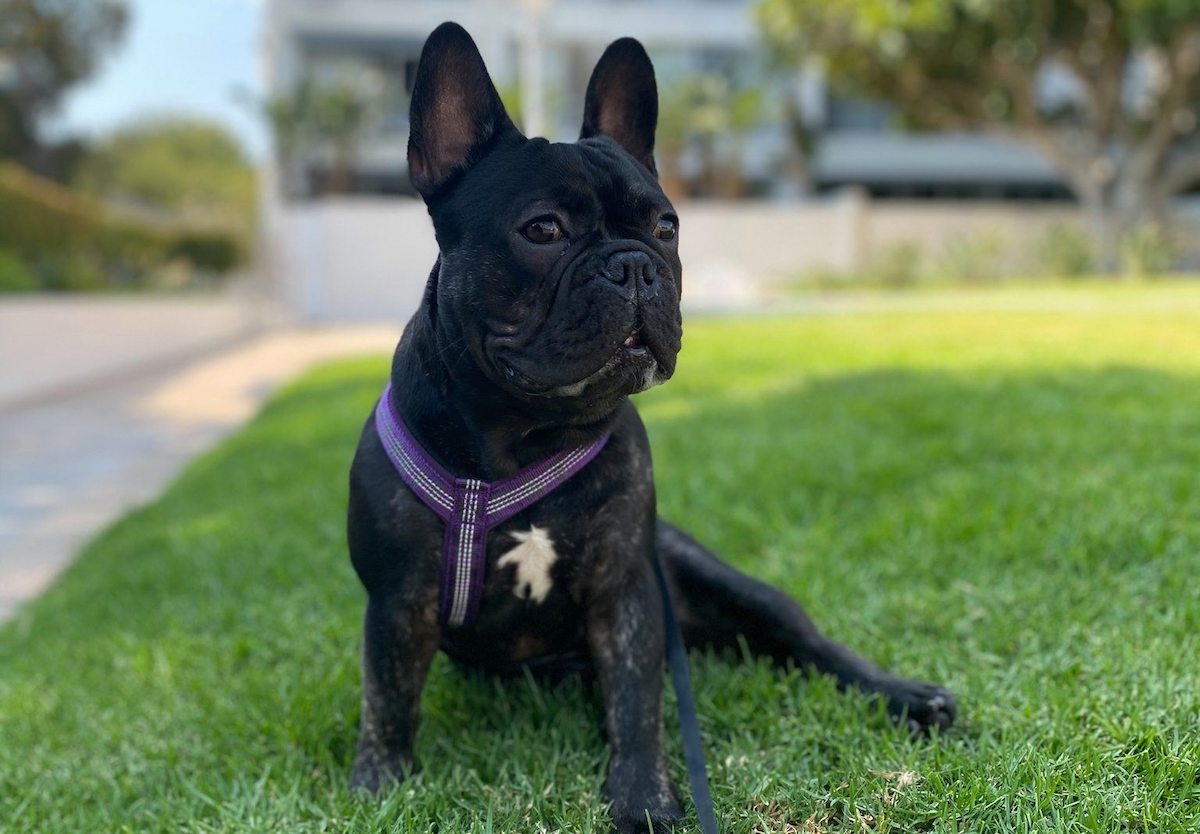 The owners of a missing French Bulldog say over a dozen people have told them they have seen the puppy throughout Santa Monica with a homeless man.

The missing dog’s name is Melo who went missing on September 26 when he was 10-months-old and around 30 pounds wearing a purprle harness,. According to a flyer circulating around social media offering a reward for the puppy, Melo has a unique white star patch on his chest.

“I have 13+ witnesses who saw this ‘homeless’ guy with the black French Bulldog that’s likely Melo in Santa Monica. This guy has been seen near the pier 5 different times by 7 witnesses. Please share and help me locate this guy,” reads the post from owner Yuki.

The post goes onto describe the man as possibly named Jay or Jefferey, between. 5’8-5’10, “big/chubby”, tanned, Caucasian or possibly Hispanic, some facial hair, likely short hair or bald wearing a dirty black top, pants and a hat.

The following are locations Melo has been seen, according to the post.