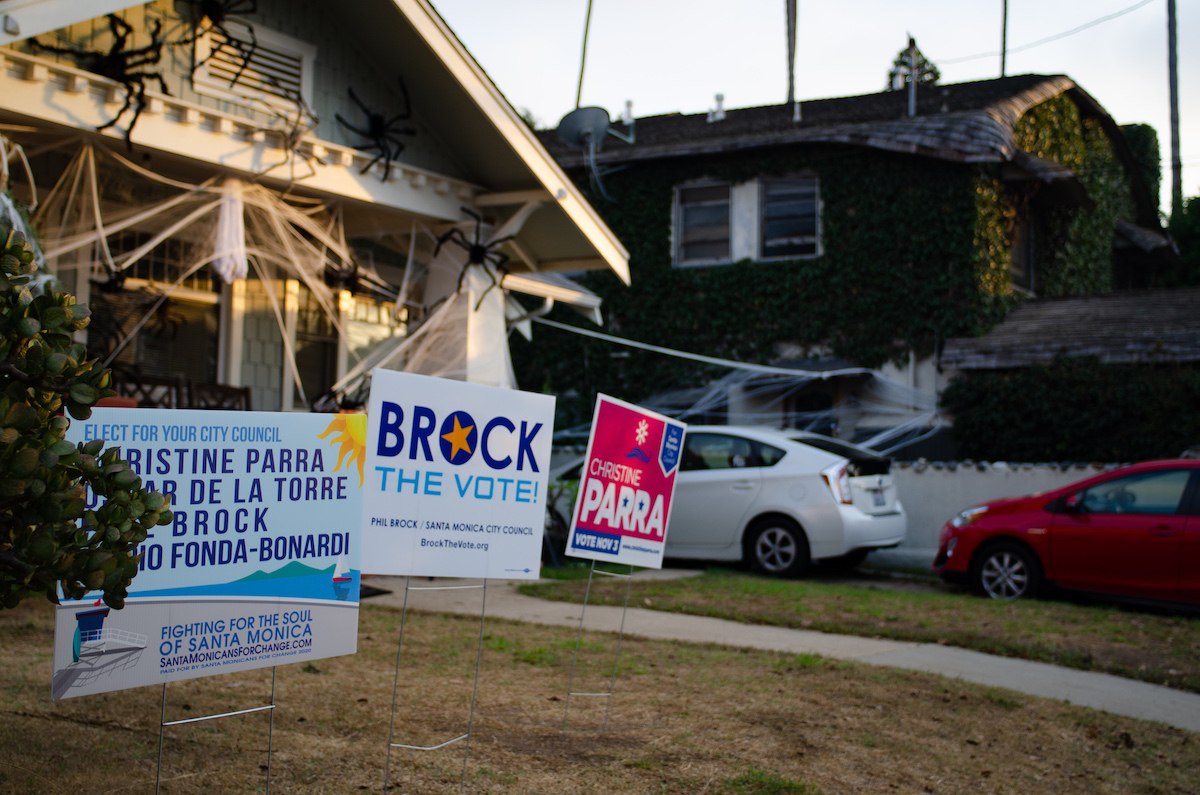 A poll suggesting lack of support for members of Santa Monica City Council ahead of the election has challengers saying the results reflect resident dissatisfaction while incumbents attack the survey’s credibility.

When asked who they were going to vote for, 53 percent of respondents said they were undecided, 35 percent said “someone new”, 9 percent said incumbents while 2 percent did not answer.

“The poll, while not a significant unbiased sampling, still clearly shows that our residents are unhappy with the state of the city and want to hold the incumbents responsible,” said Arts Commissioner Phil Brock, a member of the slate Santa Monica Residents United for Change. Other members of the slate running are School Board member Oscar de la Torre, Planning Commissioner Mario Fonda-Bonardi and Pico Neighborhood resident Christine Parra.

Councilmember Ted Winterer running for his third term, however, pointed out both the anti-union political agenda of Eyes on Local 11 and also that more than half of likely voters are undecided.

“Given the political agenda of those behind the survey, this was likely a push poll with prior questions designed to steer respondents towards a desired outcome. That said, it appears a majority of those polled remain undecided,” Winterer said.

The survey also asked respondents if they believe the current City Council has “done a good job”. 54 percent said no, 18 percent said yes with 27 percent undecided.

“This survey substantially agrees with what we have been hearing from our slate’s political outreach. When over 50 percent say the Council hasn’t done a good job, you know its time for a change,” Fonda-Bonardi said, while noting that “with over 50 percent still undecided, the election will turn on who does a better job turning out their vote.”

Running for her third full term Councilmember Gleam Davis, like Winterer, attacked the poll’s credibility saying it does not accurately reflect the electorate.

“I don’t think a biased poll conducted by an anti-worker, anti-union group has much credibility or reflects the true feelings of Santa Monica voters. This is just part of the poll sponsors’ effort to elect candidates that do not care about workers’ rights or working families,” Davis said.