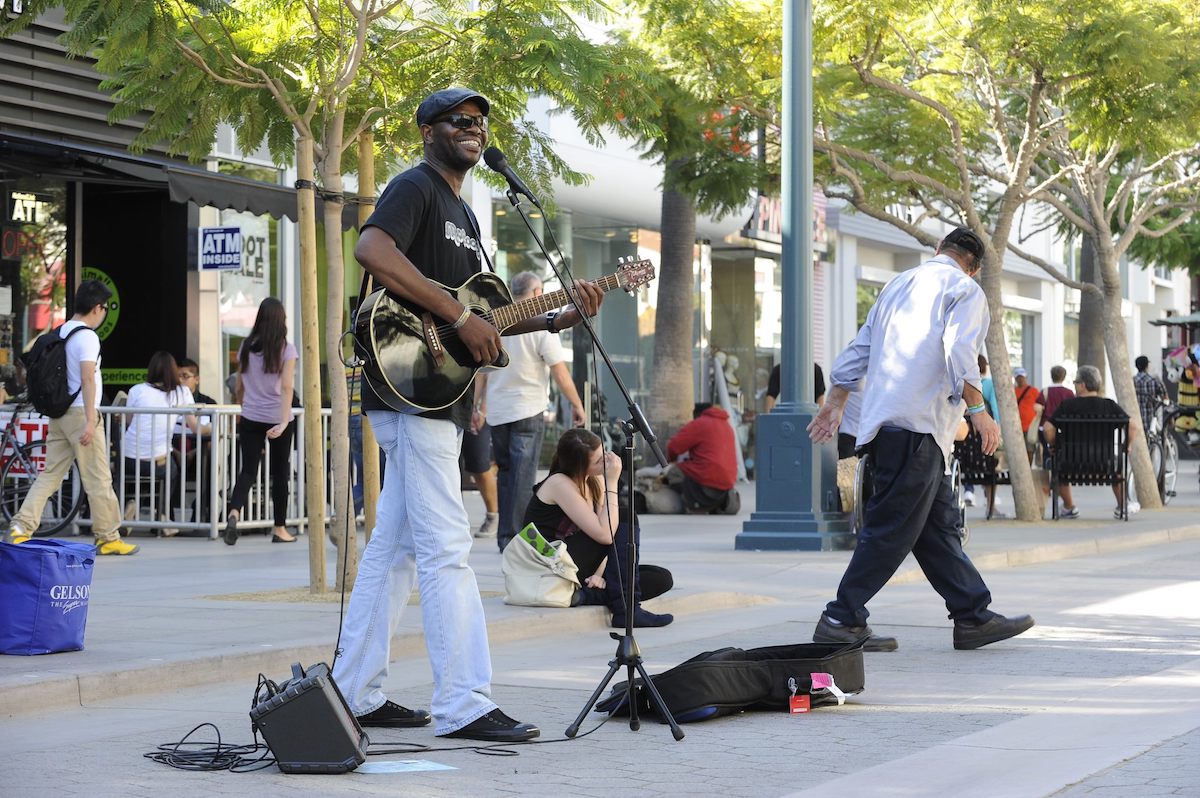 City suspends the issuance of permits for street performers at the Pier, Third Street Promenade, and Transit Mall

“To ensure compliance with Los Angeles County social distancing requirements and the County’s prohibition on live audiences for street performers, the City of Santa Monica’s latest emergency supplement suspends the issuance of permits for street performers at the Pier, Third Street Promenade, and Transit Mall until December 31, 2020,” the City of Santa Monica said in a press release this week.

According to the City, street performers will not be allowed in those spaces during their most crowded times, after 12 p.m. Monday through Friday and on weekends and holidays.

In addition, the City has banned street performers in those spaces from encouraging persons to gather to observe the performance.

The Santa Monica Mirror asked the City of Santa Monica the following question: If street performers are banned during peak hours and if [they] are [prohibited] from encouraging people gathering, many of them are going to see a loss of money normally earned from onlookers. What does the City say to such people impacted and is there any relief available for them?

“The restrictions for street performers is in direct response to LA County rules around not gathering and events. The 27th supplement ensures our local program is compliant with County rules aimed at protecting public health during the COVID-19 public health emergency. We look forward to a time in the future when our public spaces are enlivened with artists in permitted locations, but for now, the focus is on public health. We’ll continue to advocate for state and federal funding to support our community and local businesses through this unprecedented crisis.”