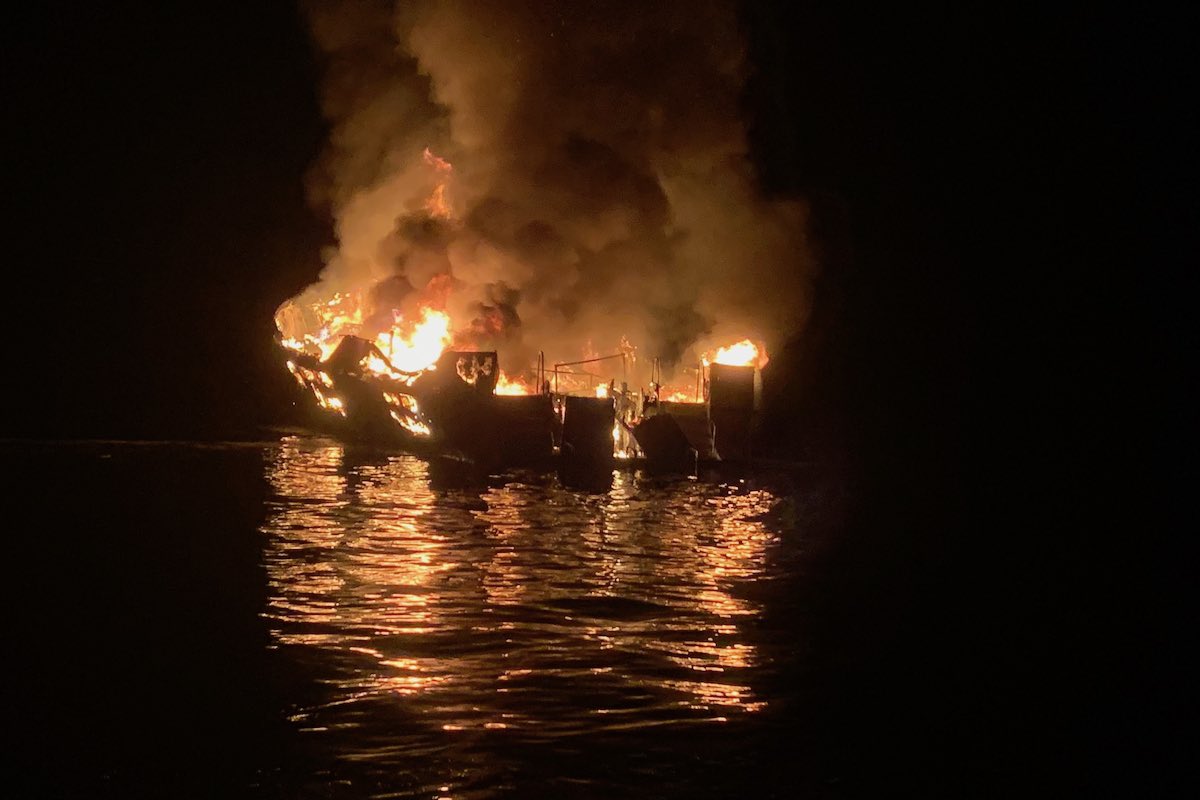 The captain of a dive boat that caught fire last year near Santa Cruz Island, resulting in the deaths of 34 people including two Santa Monica residents, was indicted this week by a federal grand jury on 34 counts of seaman’s manslaughter.

Jerry Nehl Boylan, 67, of Santa Barbara, was named in the indictment returned Tuesday afternoon by a federal grand jury that alleges Boylan, as the captain and master of the vessel “was responsible for the safety and security of the vessel, its crew, and its passengers.” The vessel, P/V Conception, was a 75-foot, wood-and-fiberglass passenger vessel based out of Santa Barbara.

During a Labor Day weekend dive trip last year, the boat carried 33 passengers and six crew members, including Boylan. During the early morning hours of September 2, 2019, a fire broke out while the boat was anchored in Platt’s Harbor near Santa Cruz Island. The fire, which engulfed the boat and led to its sinking, resulted in the deaths of 34 people who had been sleeping below deck. Five crewmembers, including Boylan, were able to escape and survived. Among those who died were Santa Monica residents Charles Mcllvain and Marybeth Guiney.

Federal prosecutors informed Boylan’s attorneys of the indictment after it was filed, and the defendant is expected to self-surrender to federal authorities in the coming weeks, according to the United States Attorney’s Office.

The indictment alleges that Boylan caused the deaths of 33 passengers and one crewmember “by his misconduct, negligence, and inattention to his duties.”

“As a result of the alleged failures of Captain Boylan to follow well-established safety rules, a pleasant holiday dive trip turned into a hellish nightmare as passengers and one crew member found themselves trapped in a fiery bunkroom with no means of escape,” said United States Attorney Nick Hanna. “The loss of life that day will forever impact the families of the 34 victims.

Federal authorities have been investigating the cause of the fire for over a year.

Each charge of seaman’s manslaughter carries a statutory maximum penalty of 10 years in federal prison, according to the United States Attorney’s Office.