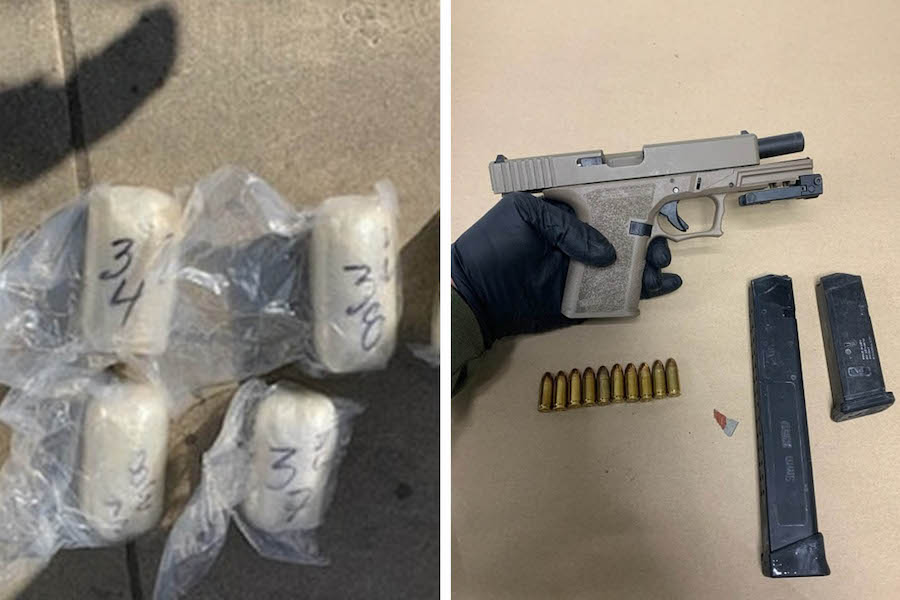 Santa Monica police and federal narcotics agents arrested a high-level methamphetamine and cocaine dealer suspected of being the supplier for numerous drug dealers in the City of Santa Monica.

According to the Santa Monica Police Department (SMPD), on Thursday, December 3, the department’s Special Investigations Unit (SUI) along with the United States Drug Enforcement Administration (DEA) concluded a long-term investigation into a high-level methamphetamine and cocaine dealer who is suspected of being the source of supply for numerous narcotics dealers in the City of Santa Monica.

“A federal search warrant on the subject’s vehicle and residence was successfully executed due to the collaboration with the Santa Monica Police Department and DEA,” the SMPD said in a press release.

The SMPD says, the subject–30-year-old Guadalupe Edwin Zuniga–was detained away from his residence without incident by SIU and members of SMPD’s Crime Impact Team (CIT) and presented with the warrant.

According to police, a search of his vehicle yielded approximately 30 pounds of methamphetamine.

In addition, after the subject was arrested for the methamphetamine, law enforcement officers executed a search warrant at the his residence, recovering a loaded Glock style “ghost gun”, extended magazine, ammunition, cocaine hydrochloride and packaging materials.

According to the SMPD, Zuniga was previously arrested by the department in 2019 for narcotics trafficking.

Zuniga was transferred to DEA / US Marshals custody Thursday, December 3.