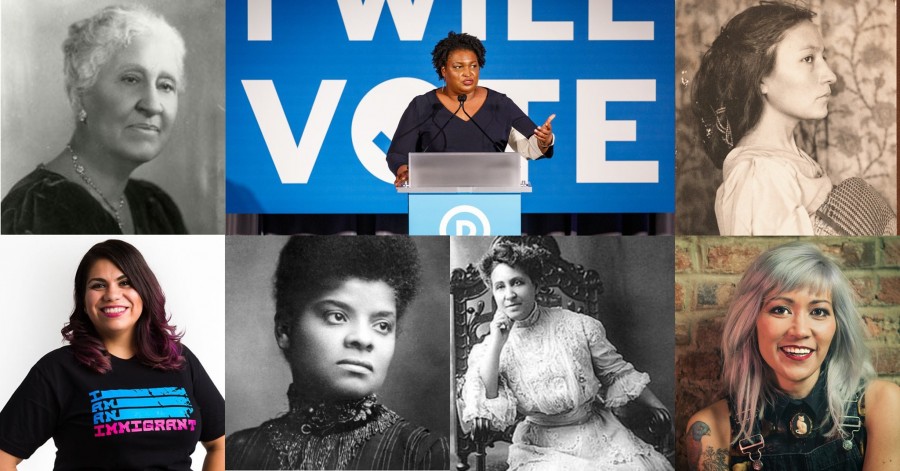 The event is free and will be held online at 7:30 p.m. on Friday, December 18. Concert updates, more information about the music and performers, and a link to the live webcast are available at https://fb.me/e/3uUxF4Yfx. On Facebook, search for “SMC Choirs: Nevertheless, She Persisted.”

The choral event, which celebrates the 19th Amendment of the U.S. Constitution and reflects the contemporary re-sparking of movements for racial justice and gender equality, showcases the voices of BIPOC women — from the early 20th-century suffragists to present-day civil rights activists — who changed the world through advocacy and composing music.

The Choral Scholars in Residence, co-directed by guest conductor Wendy Moy, will premiere Melissa Dunphy’s “Amendment: Righting Our Wrongs.” Composed for soprano-alto-tenor-bass (SATB) choir and cello, the work juxtaposes the voices of the founding fathers with the voices of minority women fighting for universal voting rights. This performance will also include a collage work about racial (in)justice co-composed by members of the SMC Chamber Choir and Chorosynthesis Singers.

The concert is sponsored in part by the SMC Chairs of Excellence Grant and generous individual donors. Donations to support the SMC Choirs are welcome and may be sent to the SMC Foundation (details at santamonicacollegefoundation.org/smc-choirs).