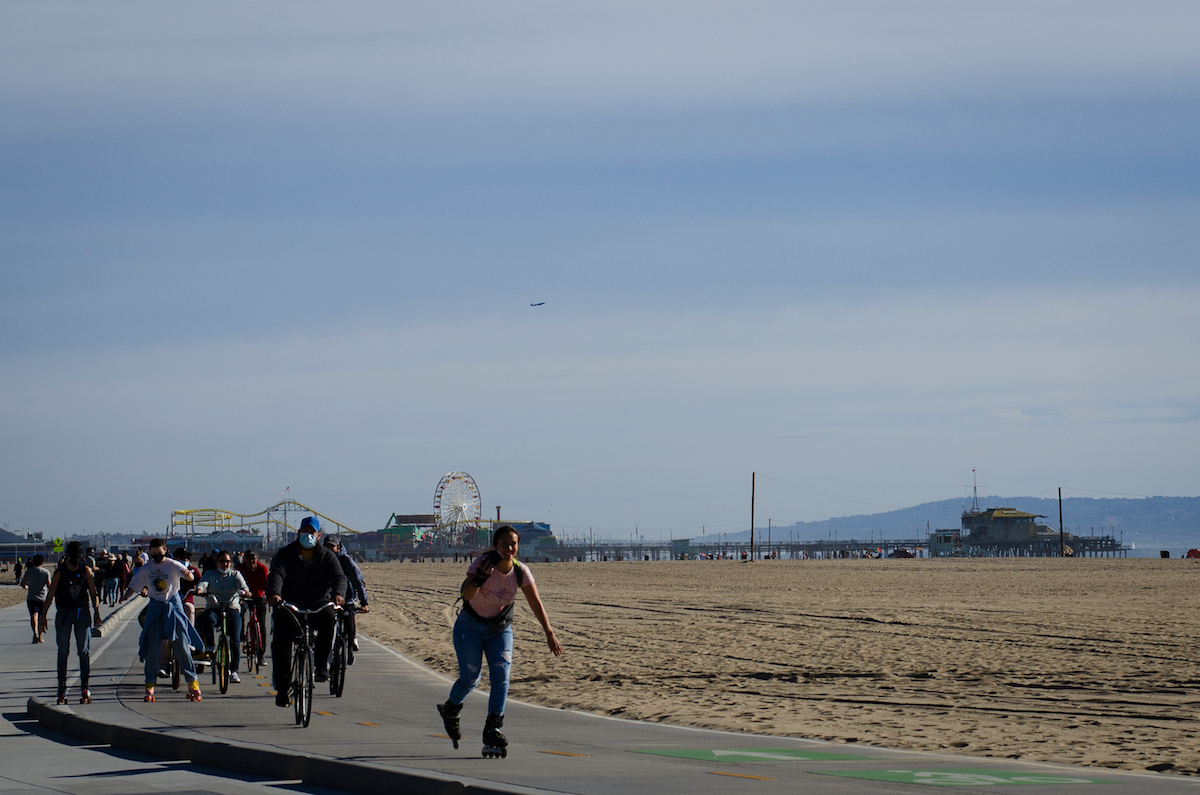 With temperatures reaching the 80s expected, city officials are closing the Santa Monica Pier for five days in a row.

On Sunday, the City of Santa Monica announced that the Pier will be closed during weekends during January to prevent crowds as COVID-19 cases rise in Southern California.

On Tuesday, the City then announced that the Pier will be closed Thursday January 14 and Friday January 15 as well with warm weather expected to draw visitors to the beach. In addition, the Pier will close for Monday for Martin Luther King Jr. Day.

“The extended closure is due to forecasted warm weather and the need for all Los Angeles County residents to remain at home,” the City said in a press release.

According to the National Weather Service, the high for Thursday is 78 degrees, Friday 81, Saturday 78, Sunday 78 and Monday 74.

The weekend is normally the busiest time at the Pier and the weekend closure will impact vendors already hit hard by the decline of tourism
The City did not respond to comment regarding if there is any effort to aid these vendors.

Pacific Park’s rides, including the Pacific Wheel, remain closed to the public all week.

According to the Los Angeles County Department of Public Health, a record 16 Santa Monica residents died with COVID-19 last week. As of January 13, a total of 90 Santa Monicans have died with the virus. In addition, 357 COVID-19 cases were reported in Santa Monica last week, eight short of the record of 365 two weeks ago.