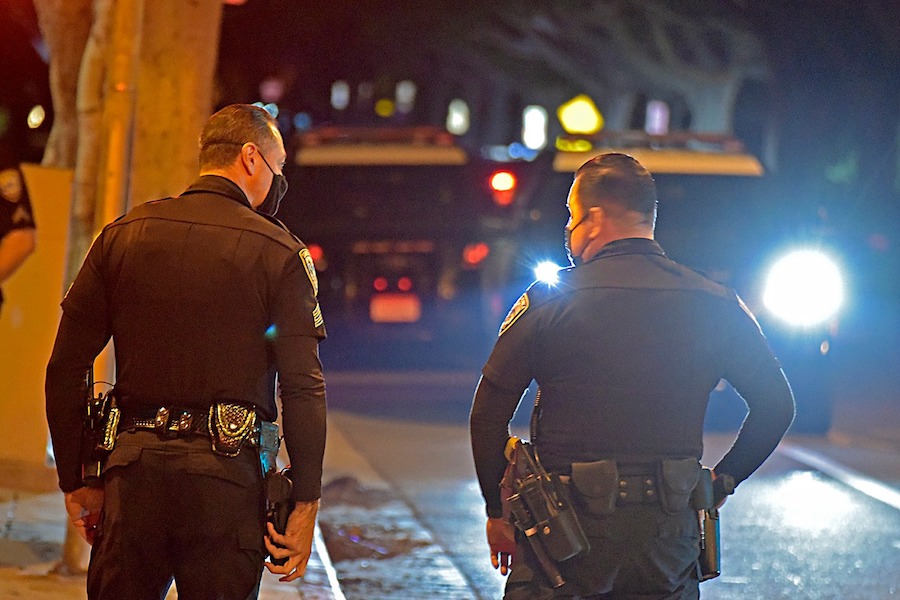 Police arrested four suspects this week in Santa Monica following a car and foot pursuit that began in Los Angeles.

The driver initially pulled over, but subsequently fled from police westbound towards Santa Monica before eventually being located near Cloverfield Blvd, between Pearl Street and Ocean Park Boulevard in Santa Monica, the Department reports.

“When officers tried to contact the suspects inside the vehicle, two of the four suspects fled on foot into the residential neighborhood,” the SMPD said.

LAPD requested SMPD assistance at this point while sending additional resources, including a helicopter and several K9 units, according to police.

“Santa Monica officers responded to the area and quickly set up a perimeter and provided logistical support. All suspects were arrested and two loaded firearms were recovered from the vehicle,” the SMPD said.

The LAPD could not immediately be reached for information surrounding the identities of the four suspects.