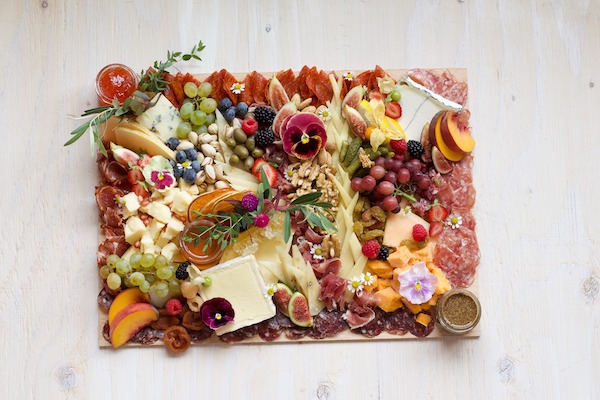 An artisan bodega (owned by two sisters) specializing in cheese and charcuterie boards will open its second Westside location in Santa Monica. As reported by What Now Los Angeles, Lady & Larder is opening its second storefront on May 1 at 828 Pico Boulevard in Santa Monica. Owned by two sisters Sarah Simms Hendrix and Boo Simms, the store currently has a popular location in Mar Vista at 3759 Sawtelle Boulevard. Patrons can expect everything from sandwiches, salads, cheese, cured meats, beer, wine, desserts and more, all featuring many ingredients sourced from the Santa Monica Farmers Market.

A popular Persian ice cream shop credited with bringing the treat to California is expanding to the Westside. In an Instagram post, Hollywood’s Persian ice cream shop Mashti Malone’s announced a new location coming at 1898 Westwood Boulevard this month. Founded in 1980 at 1525 N La Brea Avenue, the shop offers vibrant and unique flavors including Iranian saffron and Alphonso mango from India. For more information check them out on social media.

A popular french bistro has opened in Westfield Century City. As reported by Toddrickallen, Zinqué has opened a new location at Westfield Century City on the mall’s second story, the former Petros space. Zinqué, with locations in Venice, West Hollywood, DTLA, Newport, San Diego and Scottsdale, is known a French-inspired bistro known for its neighborhood bar feel.

A chicken wing pop-up, from the family of Little Kingston Jamaican Restaurant, is coming to the Culver City-area. As reported by What Now Los Angeles Crenshaw’s Chicken Spot will be coming to two local locations: the intersection of Crenshaw Blvd. and Stocker St. on weekdays and at the Crenshaw Farmer’s Market in Leimert Park on weekends. The operation will be helmed by Erin Crenshaw (who also grew up in Crenshaw), who used to cook at her parents’ restaurant Little Kingston Jamaican Restaurant. According to Crenshaw, to begin with, the restaurant will offer just buffalo, barbecue and jerk wings and french fries. For more information, visit crenshawschickenspot.com.