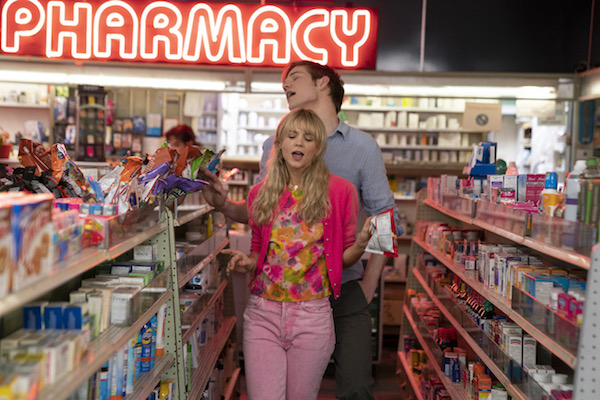 Historically, until recently, women who have been victims of sexual assault have not always come forward and when they did, oftentimes their complaints were filed away.   The cinematic theme of women hell bent on extracting revenge is not a unique one.   A few of those films range from the light-hearted The First Wives Club to The Brave One, The Girl With The Dragon Tattoo, Kill Bill, and She-Devil.  In Man on Fire, starring Denzel Washington, Christopher Walken’s character says, “Revenge is a meal best served cold.”  Although that revenge was not for sexual misconduct, it was nevertheless retaliation for the right reasons.  You might be wondering what that has to do with Promising Young Woman, which earned multiple critics’ awards for both first-time film director/writer Emerald Fennell, and Cary Mulligan, who plays the lead role of Cassandra (Cassie).  She delivers an Oscar-worthy, brilliant, deeply layered characterization of a complex woman who waited for the right time to seek revenge.

The film opens in a bar where people are dancing, nicely captured by cinematographer Benjamin Kračun. A group of young businessmen are having drinks and spot this beautiful young woman who appears to be very drunk.  She is slumped down in her seat with her legs slightly apart, almost revealing her underwear.  They joke about how easy it would be to take advantage of her.  Jerry (Adam Brody) appears to be concerned about her safety and decides to talk to her.  In slurred speech, she tells him that she’s ok and will be driving herself home.  Jerry tells her that it would be safer for him to drive her home.  At first, one might think this is a nice guy but wait.  Once they’re in the car, as if she’s not drunk enough, he suggests that they stop at his place for a drink, to which she agrees.  In short order, he attempts to rape her.  In a split-second mercurial transition, she sits up straight, and in a sharp, sober, rational voice says, “What are you trying to do?”  We next see her walking with a bit of blood on her but we never get to see exactly what happened.  The next shot is in her bedroom where she makes another tally mark in her scorekeeping notebook, which is filled with many entries.   She still lives at home with her parents Stanley (Clancy Brown) and Susan (Jennifer Coolidge) who are very concerned that she doesn’t date or have friends.  They think she should be on her own and for her birthday, give her a piece of luggage as a gift.  When Cassie is not luring predators by night, she works in a coffee shop owned by Gail (Laverne Cox.)  In an unexpected encounter, Ryan Cooper, an old med school classmate well played by Bo Burnham, shows up.   He’s surprised to see Cassie and asks why she dropped out of school where she was at the top of her class, and why she’s working in a coffee shop.  He realizes he was being rude and tells her she can spit in his coffee, which she does, and hands it to him.  On the way out, he asks her for a date. The next day, Ryan returns to the shop and orders coffee, “But this time, without spit” and asks her out again.  She doesn’t answer but shows up at his hospital to say she would like to see him again, but that they need to take it slow.  Thus begins the development of a fun, loving, carefree relationship.  Fennell’s carefully written script slowly unravels the tale of Cassie’s duplicitous life.  She continues to lure men into her web, shocking them when she transitions from a falling down drunk, to a sober woman threatening them for their potential sexual assault.  This is a woman with an intricate, methodical plan.  She is seeking revenge.  As part of her plan, she calls Madison McPhee, an old classmate nicely played by Alison Brie.  She invites her to lunch and after finishing two bottles of wine, she brings up Nina Fisher’s name, her best friend since childhood who was raped by a medical student at a party.  Madison says she has no idea what happened but knowing she was at the party, a horrific surprise awaits her drunken friend.  Is this real, or is it designed to elicit fear?  Cassie is obsessed with seeking retribution for her friend who committed suicide following the attack and anyone remotely involved, directly or indirectly, is on Cassie’s hit list.  The next person she confronts is Dean Elizabeth Walker (Connie Britton).  Cassie tells her she wants to resume her studies and quite casually brings up Nina’s rape.  At first, the dean doesn’t recall the incident, but after a bit of prodding, her memory returns.  Cassie reminds her that Al Monroe (Chris Lowell) raped Nina but nothing was done about it.  Citing all the complaints she receives, she defends herself saying it’s usually “she said, he said.” Very quietly Cassie reminds her that she took Monroe’s side believing him over Nina, a systemic failure in college rape cases. In a chilling moment, Cassie shocks the dean, informing her that she arranged for her young daughter to experience firsthand what it’s like to be molested.  Is this real or is designed to elicit fear?   Cassie is on fire and has one more act of retribution to complete.  Her piece de resistance is reserved for the rapist Monroe, who is about to be married.  His friends arrange a bachelor party.  Cassie shows up as a nurse and in keeping with Fennell’s unpredictable script, this spider is about to weave the biggest web of all with an unexpected denouement that lingered with me long after viewing the film and as I write this, the images are still dancing in my head.

Where: In Select Theatres, Amazon & VOD