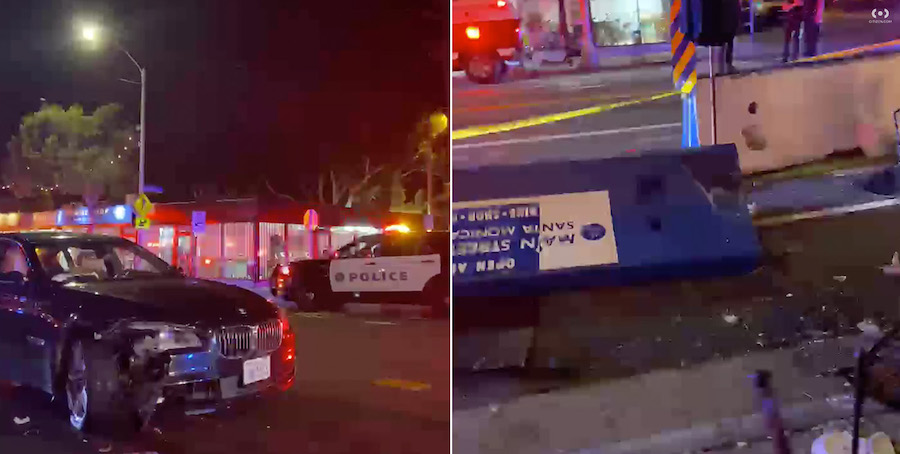 A 21-year-old DUI suspect crashed a BMV into a Santa Monica outdoor dining area during a busy Friday night.

According to the Santa Monica Police Department (SMPD), the incident occurred outside Urth Cafe on the 2300 block of Main Street in Santa Monica Friday around 8 p.m. when a BMW sedan crashed into the al fresco dining area.

Police say a heavy K=rail was knocked into the dining area sending tables and chairs flying. According to the SMPD, a few diners suffered minor injuries while one person was transported to a local hospital with “moderate” injuries.

Piper Pollard, a 21-year-old Pacific Palisades resident, was booked for a felony DUI in connection to the incident, according to police.