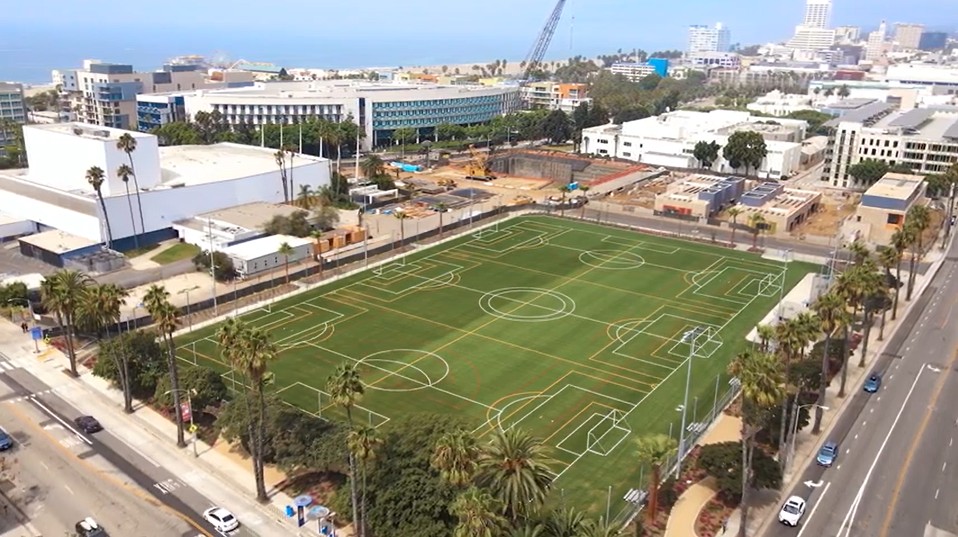 Later this month Historic Belmar Park will open in Santa Monica, a space for recreation and historical reflection on a site where some of Santa Monica’s earliest African American residents lived.

On Sunday, February 28 at 3 p.m., the City of Santa Monica will host a virtual grand opening celebration to unveil Historic Belmar Park, Santa Monica’s newest open space. Not only will the opening expanding the city’s parks system, it offers historical reflection on a site where some of Santa Monica’s earliest African American residents lived and contributed to making Santa Monica a vibrant and unique place from 1900 to the 1950s.

“We are proud to open Santa Monica’s newest open space, Historic Belmar Park, and to unveil the culmination of the Belmar History + Art project, a community-driven effort to explore, celebrate and shine a bright light on the site of Santa Monica’s former thriving African American neighborhood,” said Mayor Sue Himmelrich. “I hope we will see many Santa Monicans young and old join the virtual celebration and that every resident will find time to safely enjoy Historic Belmar Park for recreation and to steep yourself in a painful part of our local history.”

The virtual event will officially open the 3.5-acre multi-purpose sports field complex adjacent to the Civic Auditorium. The concept of a field in the Civic Center was raised throughout the early and mid-1990s and ultimately included in the 2005 Civic Center Specific Plan. Years of work by many community members followed; plans for construction of a synthetic turf sports field near 4th and Pico gained momentum in 2015. A groundbreaking occurred in summer 2019.

“This is a joyous moment for the legions of community members who advocated for this great new facility for youth and adult recreation,” said Maryanne LaGuardia, Vice Chair of the Santa Monica Recreation and Parks Commission. “This is many years in the making and a much-needed addition to our local network of parks, fields, and open space. When the pandemic is behind us, I look forward to seeing a fully activated Historic Belmar Park!”

The new park showcases an outdoor exhibition that includes the public art installation “A Resurrection in Four Stanzas,” created by artist April Banks and historical panels created through the work of historian Dr. Alison Rose Jefferson, telling tell the stories of the historical Black community members who lived there until being displaced in the 1950s.

Also among those celebrating the opening of the park is Councilmember Phil Brock, who prior to being elected to City Council in November served as the Parks Commission Chair and was a force in the creation of the park.

“A two decade battle to provide more open space for future generations of Samohi students and our entire community. We took a parking lot and transformed it into a place of play and wellness for all of us. On top of the new field, generations will know of the people who had full lives in the Belmar Neighborhood through the historical highlights at the park. I am proud of my small part in this huge community effort. Most importantly, the community of field warriors never gave up. Thousands of future Santa Monicans will reap the benefits of this dedicated group of volunteers,” Brock said.

The City of Santa Monica has also launched an effort to prioritize housing opportunities for Santa Monicans and their descendants who were displaced by the construction of the Civic Center complex.

To register for the virtual grand opening celebration, visit santamonica.gov/historicbelmarpark.