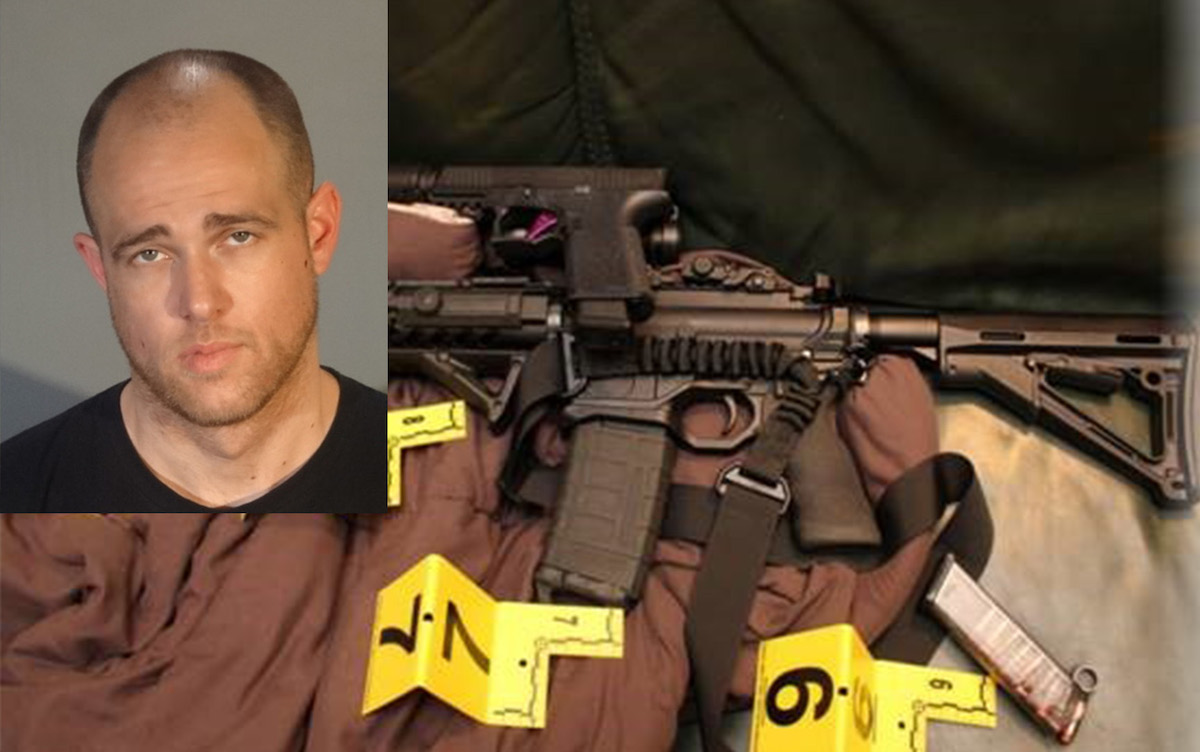 A Santa Monica man previously convicted for making terrorist threats now faces up to 30 years in federal prison after shooting a bullet into his neighbor’s yard where a gathering with children was taking place.

According to the Santa Monica Polie Department (SMPD), on January 9, around 9:00 p.m., officers responded to a report from a resident on 400 block of 19th Street who heard “popping” sounds in the vicinity. The neighbor, who was having a gathering in his backyard with eight guests, including children, noticed a hole had been shot through his garage.

“Officers arrived and while speaking to the resident, they heard two additional muffled sounds coming from the residence just east of them on 20th Street. Officers responded to the 400 block of 20th Street and contacted Jason Walsh, who lives directly behind the residence where they began their investigation,” the SMPD said.

The ATF says Walsh was previously convicted of a felony charge for making terrorist threats in April 2014. As a result, Walsh is not allowed to possess firearms or ammunition.