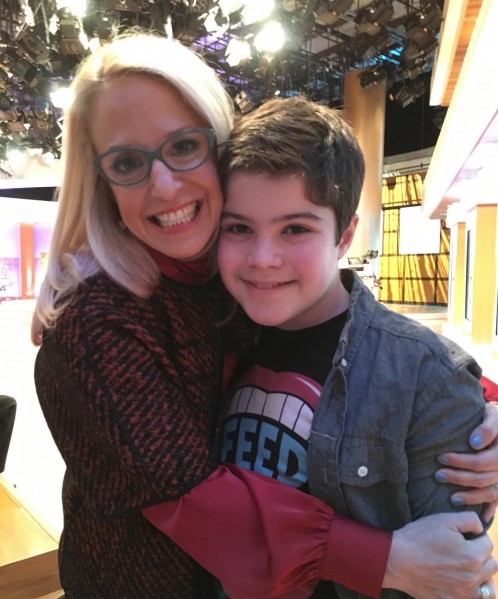 Mother says to “please watch your kids” after tragic incident

“Please watch your kids,” says the Santa Monica mother of a 16-year-old who recently died from a fentanyl overdose after a drug dealer contacted her son–a straight-A student getting ready for college–via Snapchat.

On Sunday, February 7, a 16-year-old boy died from a fentanyl overdose in his Santa Monica home. According to the Santa Monica Police Department (SMPD), around 4:24 p.m. officers and paramedics responded to the house on the 1700 block of Yale Street to find the teenager unconscious and not breathing.

“Despite paramedic’s efforts, the minor was pronounced a short time after,” said SMPD Lieutenant Rudy Flores.

Flores noted”a preliminary investigation leads us to believe prescription drug use may have been involved,” a statement confirmed by the boy’s mother.

“My beautiful boy is gone. 16 years old. Sheltering at home. A drug dealer connected with him on Snapchat and gave him fentanyl laced Xanax or Percocet (toxicology will tell) and he overdosed in his room,” said Dr. Laura Berman, mother of 16-year-old Samuel Berman Chapman. “We watched him so closely. Straight A student. Getting ready for college. Experimentation gone bad. He got the drugs delivered to the house.”

Dr. Berman, a leading relationship expert and sex therapist, is advising parents to monitor their childrens’ social media activity to prevent such tragedies.

“They do this because it hooks people even more and is good for business but it causes overdose and the kids don’t know what they are taking. My heart is completely shattered and I am not sure how to keep breathing. I post this now only so that not one more kid dies,” Dr. Berman said. “Please watch your kids and WATCH SNAPCHAT especially. That’s how they get them.”

A Snap Spokesperson, when reached for comment, said the company was “heartbroken” by the passing of the boy and is working with law enforcement.

“Our deepest sympathies are with the family and friends of Samuel Berman Chapman and we are heartbroken by his passing,” the spokesperson said. “We are committed to working together with law enforcement in this case and in all instances where Snapchat is used for illegal purposes. We have zero-tolerance for using Snapchat to buy or sell illegal drugs. Using Snapchat for illegal purposes is firmly against our community guidelines and we enforce against these violations. We are constantly improving our technological capabilities to detect drug-related activity so that we can intervene proactively.”

When asked if the company, which is based on Ocean Park Boulevard in Santa Monica, is providing the SMPD with the info surrounding the suspect, the spokesperson said on background that Snap is actively assisting the Santa Monica police department with their investigation to help them track down the perpetrator.

SMPD Lt. Flores, when asked if the department is working with Snap as part of its investigation, said “detectives are in the process of reviewing all the evidence and will obtain the required records by way of a Search Warrant when necessary.”

In the wake of Sam’s death, Dr. Berman has created a Facebook group for any parent who has lost a child to drug addiction or overdose

“I have been inundated with stories heartbreakingly similar to mine and felt this a time we need to come together to support one another,” Dr. Berman said. “Together, we can find the strength and answer to make a change. Let’s combine our voices to make a change.”