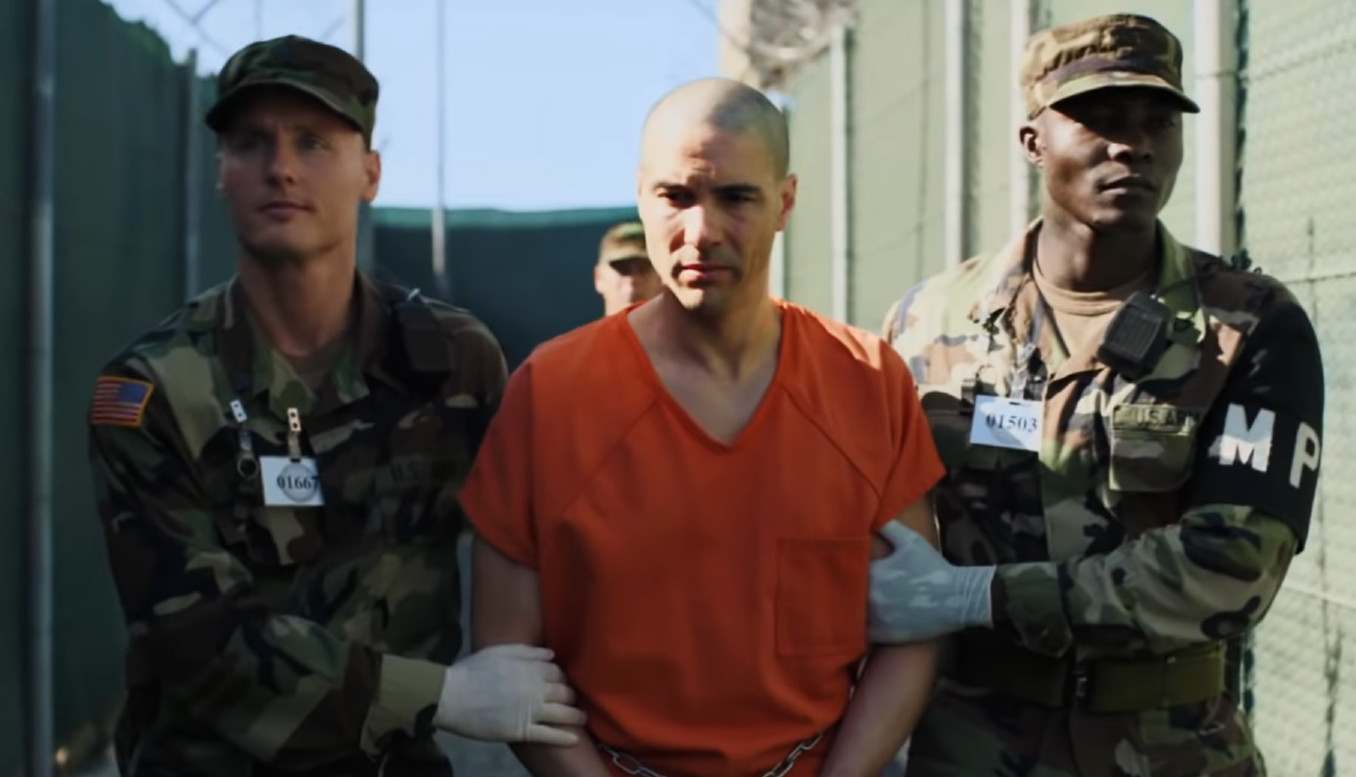 The Mauritanian! A little background for you: Mauritania is a country in the Sahara Desert, with its border on western Africa’s Atlantic coast. Most likely you have not been there. One third of the country’s 4 million people live in the capital, Nouakchott. It’s a poor nation that won its independence from France in 1960. The Greeks and Romans called the people from this area the “Mauri,” also known as the Berbers. The country is almost 100% Muslim.

The film is based on the New York Times Best-Selling memoir “Guantanamo Diary,” written by Mauritanian native Mohamedou Ould Slahi, who endured over 14 years of imprisonment at Guantanamo without charges being brought against him.

The screenplay so impressed lead actors Tahar Rahim who plays “Mohamedou” and Jodie Foster who plays defense attorney “Nancy Hollander,” that they felt fortunate to be asked to join the cast. According to Foster, director Kevin McDonald’s main goal in guiding the making of the film was to assure that this was a human story, and that every minute of the plot was “in service of Mohamedou.” Rahim and Foster were both nominated for Golden Globes for their performances, Foster winning for Best Supporting Actress.

Rahim grew up in the French city of Belfort, very close to the borders of Germany and Switzerland. His family had emigrated there from Algeria. He grew up multilingual with a great ear for languages and accents. He studied sports and computer science as a teen, and to our good fortune, he changed career paths to pursue his passion of acting.

For the role of Mohamedou, Rahim had to master dialogue in American English, classical Arabic, Mauritanian Arabic and English with a Mauritanian accent. He also took off more than 20 pounds in less than 3 weeks. The role was so intense that he was afraid to come out of character when he went back to his hotel room at night.  He said that the set was so real that he “couldn’t stop thinking of Mohamedou and the people who have been in the same situation spending days and nights and days and nights in this place.” Rahim also came to realize that for Mohamedou, forgiveness and love were survival tools. His take away was “in every choice, in every second of your life, you should pick forgiveness over fear.”

Foster was able to meet her character, attorney Nancy Hollander, a woman who has defended the accused most of her life. As Foster says, “that takes a toll.” Foster was able to see that behind Hollander’s emotionally draining work, she cultivates eccentricities that color her individuality. She always sports red lipstick and red nails, drives racecars and loves country-western music.

According to Foster, director Kevin McDonald’s primary goal was to assure that this was a human story, and that every minute of the plot was “in service of Mohamedou.” Rahim and Foster were both nominated for Golden Globes for their performances, with Foster winning for Best Supporting Actress. Students of film history will find it interesting that McDonald is the grandson of legendary screenwriter/director Emeric Pressburger.

Mohamedou was imprisoned without charges for over 14 years, no contact with the outside world, no chance of defending himself. He suffered horrendous tortures as guards tried to coax confessions from him…all in the misguided pursuit of revenge. This is one of the most powerful films of the year, and it is a story that deserves to be known. It took courage for Mohamedou to live through this story, courage to write the book and courage to make the film. Get ready for a highly emotional experience due in no small part to Rahim’s extraordinary performance.