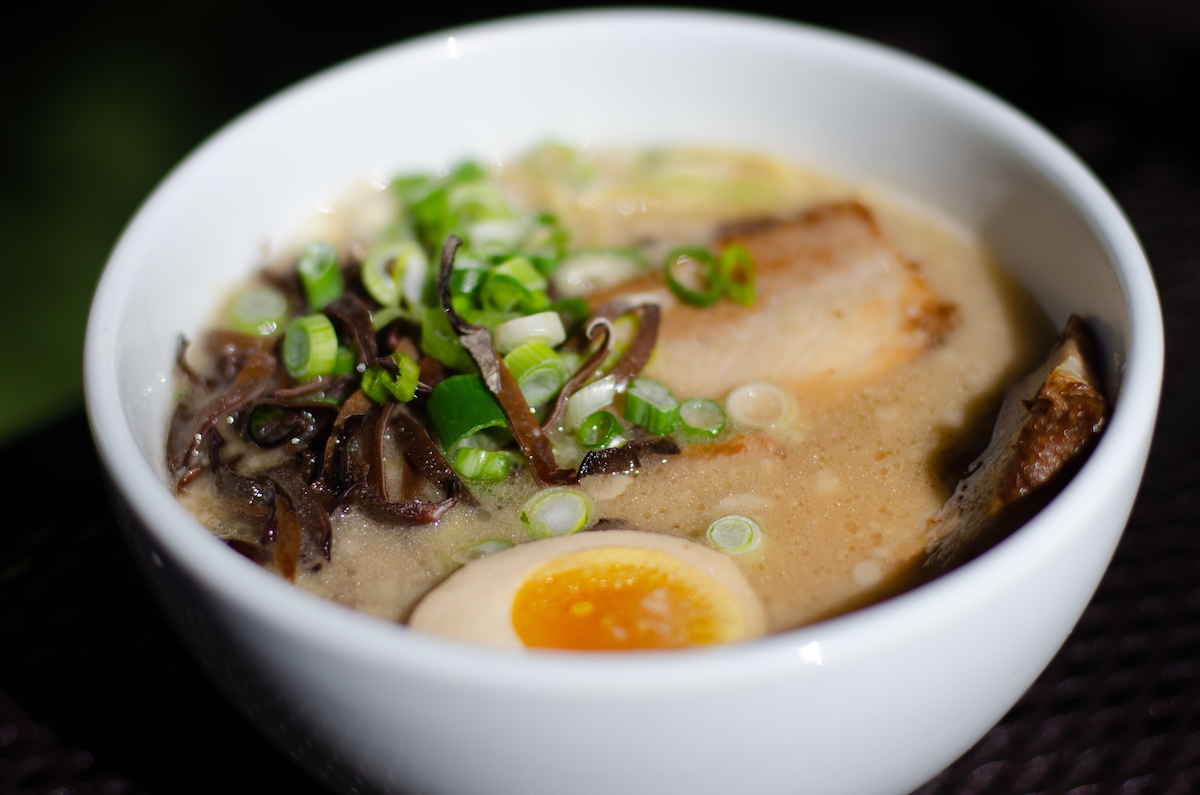 A new ramen spot on Montana Avenue in Santa Monica–the first on the Westside for the restaurant–may not knock your socks off but still offers a solid Tonkotsu broth that is a much-needed addition to the area’s dining scene.

Kai Raman is not new to the Los Angeles dining scene, with eight locations across the county. A few weeks ago, however, the restaurant opened its first Westside storefront on Montana Avenue between Lincoln Boulevard and 7th Street. I popped in for lunch, order a classic Tonkotsu ramen for take-out (the restaurant does not yet have an outdoor setup), paid ($13 plus tax & tip) and walked out less than five minutes later with my food. On the Westside, an area where waiting an hour for ramen is not unheard of, getting served so quickly was a pleasant surprise. Also on the Westside paying $13 for ramen is reasonable, especially on Montana Avenue.

The ramen came in a disposal bento box. Not only does this prevent the noodles from getting soggy, it is also a great bento box that I will reuse for other things. After assembling my ramen in a bowl and taking a photo, I began by taking a sip of the broth followed by a bite of pork and was not disappointed.

It was not the best ramen I have ever had. That award goes to Tsujita on Sawtelle. It was not even the second-best ramen I have ever had. That honor belongs to Ippudo (formally in Santa Monica). But it still checks off all the boxes for a solid bowl of ramen. The broth packed full of umami yet not too salty and slightly sweet. The two slices of pork belly were hearty, thick and crispy (thanks to some flame torch action). The flavored egg traveled surprisingly well while ample mushrooms and greens were provided, adding some great texture to the bowl. The weak link was the noodles, not because they were bad, but just because the take-out process deprived them of any al-dente bite. After I was full, there were still leftovers but I still found myself wanting to eat more, a true sign of a good bowl of ramen.

Overall, Kai Raman is a much-needed addition to the Montana Avenue dining scene. Not only does it serve a solid bowl of ramen, it also offers other Japanese options, a type of cuisine missing in the area amid the array of Italian restaurants, cafes and healthy eateries on the street. This is not a place to go on a romantic date, this is not the place to take a visitor to, but it is definitely a place to stop by for a quick, tasty bowl of ramen that is sure to hit the spot.