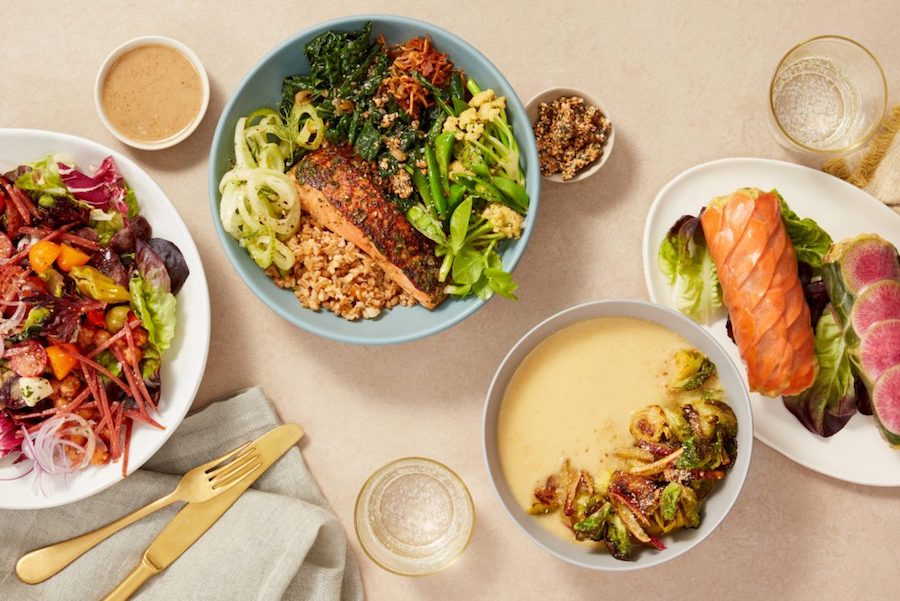 An offshoot of Paltrow’s wellness and lifestyle brand sharing the same name, Goop Kitchen touts itself as healthy takeout.

“Nutritious, fantastic-tasting prepared meals whenever you want them. Our take on takeout is a menu of hearty bowls, vibrant salads, delicious handhelds, and more, all gluten-free and often finished with goop Certified Clean* sauces and marinades,” reads the delivery-only restaurant’s website. “From the plant-based bacon in your Cobb salad to the woven-paper handles on your delivery bag, you can feel good about where your food came from and how it got to you.”

Chef Kim Floresca is helming the restaurant, known for her work at critically-acclaimed Per Se in New York City and The Restaurant at Meadowood in Napa Valley. Options range from $6.95 Japanese sweet potato soup to a $15.95 for a miso-salmon salad.

“Gwyneth Paltrow launched the first newsletter from her kitchen counter over twelve years ago. Since then, the demand for making satisfying, nutrient-dense food convenient has only grown. We are thrilled to launch goop Kitchen in our hometown of Santa Monica and are looking forward to watching it grow,” a spokesperson for the company told Forbes.

Though the restaurant touts itself as being from Santa Monica, the kitchen appears to be in the City of Los Angeles. According to its website, meals from the kitchen can be picked-up on Santa Monica Boulevard in West Los Angeles or delivered across the Westside in a radius that includes Beverly Hills, Brentwood, Culver City, Pacific Palisades and Venice. Visit order.goopkitchen.com for more information.

Over the years, Goop has been at the center of a handful of controversies over the years. The most well known perhaps is the 2017 ‘Great Jade Egg’ incident in which the company sold a $66 jade “egg” intended for women to insert into their vaginas marketed to cure hormonal imbalances. The company was later hit with a $145,00 fine after medical professionals warned it could be dangerous. Other controversial ventures include bee venom therapy, healing stickers and a $15,000 sex toy.