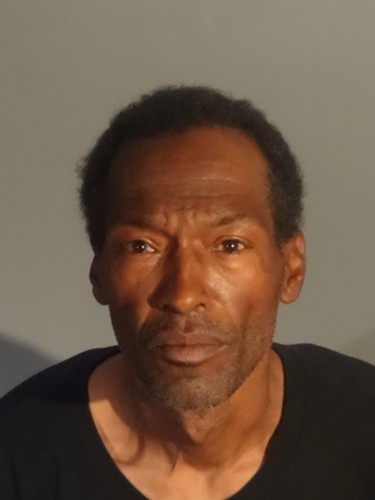 Santa Monica recently arrested a murder parolee for assaulting and threatened to kill his girlfriend in a wheelchair.

According to the Santa Monica Police Department (SMPD), on March 11 around 7:32 a.m., officers responded to an apartment building on the 1400 block of Lincoln Boulevard regarding a female victim who reported to her friend she was being held against her will.

“The reporting person, who was calling from Los Angeles, told Santa Monica’s Office of  Emergency Management (OEM) call-taker that her friend texted her asking for police  assistance because her boyfriend had assaulted her, made threats to kill her and was not  allowing her use the telephone.The reporting party also told the call taker that the victim was confined to a wheelchair, and therefore could not leave the residence,” the SMPD said.

Police say SMPD’s Crisis Negotiations and SWAT teams also responded and made several attempts to contact both victim and suspect, with no results. During the initial investigation, officers learned that the man was on parole for murder.

“Fearing that the victim was in  danger, officers made entry into the unit and contacted him and the victim without incident,” the SMPD said. “The victim verified what the original caller had related to police, and explained she was assaulted by the suspect throughout the night.

The Santa Monica Fire Department treated the female victim then transported her to a local hospital.

SMPD is reminding residents that if you are in an emergency where you are unable to call 9-1-1 or communicate verbally, you can contact police, fire, and emergency medical dispatchers by sending a text directly to 911.

“This service is very useful to those who are deaf, hard of hearing or speech impaired and those who need  help when an emergency is in progress and the caller is fearful of speaking or cannot speak, the SMPD said.

Anyone who is experiencing domestic violence or knows someone who is, is  encouraged to contact their local law enforcement agency or Santa Monica’s Domestic Violence Shelter hotline at 310-264-6644.