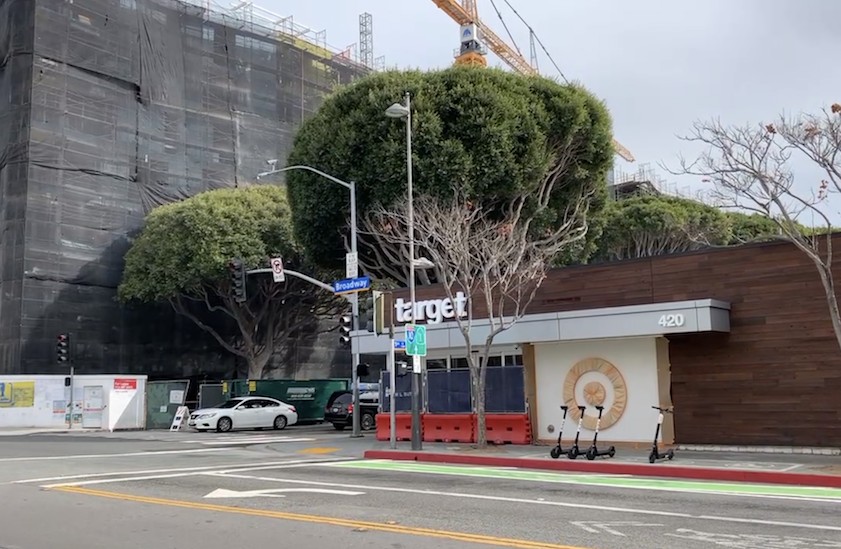 Grocery store interested in space across the street from new Target

Another major retailer may open in Downtown Santa Monica as Trader Joe’s eyes a space across the street from a soon-to-open Target.

As reported by the Santa Monica Daily Press, Trader Joe’s has inquired about a tenant improvement permit at 500 Broadway. The grocery chain says it has not signed a lease yet but is interested in expanding its Santa Monica presence. In addition, a construction permit for the project lists Trader Joe’s as a possible tenant for the site for “Suite 10”.

If the grocery store were to open at 500 Broadway, it would join a development known as The Park. The project, at the former Santa Monica Fred Segal location, will check in at seven-stories with 249 apartments, 55,000 square feet of retail space and a 500-car underground garage.

Trader Joe’s has two locations operating in Santa Monica on Wilshire and Pico boulevards. The City of Santa Monica currently has 13 grocery stores, a number that will grow to 14 when a small-format Target opens soon across the street from The Park at 420 Broadway. The Target location also used to be part of the Santa Monica Fred Segal store. It will be the second Target in Santa Monica following the opening of a store on Wilshire and 16th that replaced a Staples last year. A firm opening date for the 420 Broadway Target has yet to be announced.

You can now borrow a car on the Westside for less than the price of an electric scooter. Learn more...