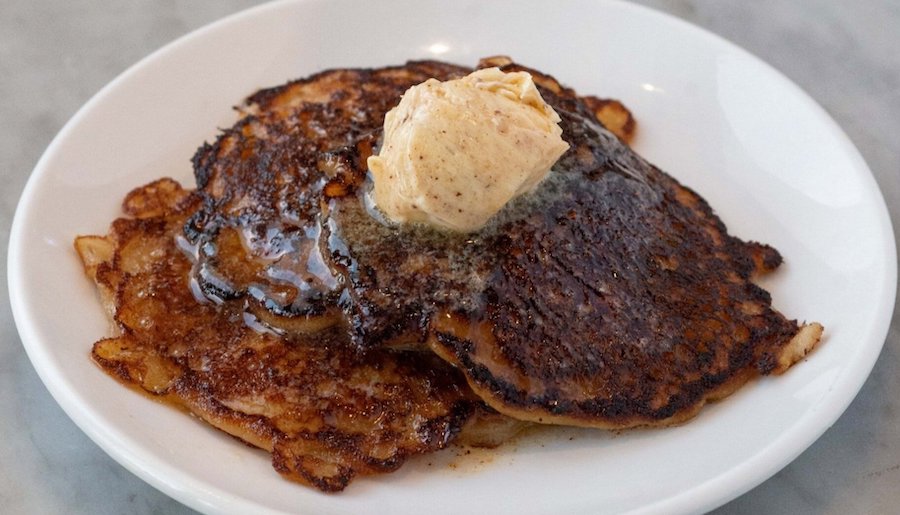 A popular West Hollywood breakfast restaurant specializing in griddle cakes is coming to Montana Avenue in Santa Monica and has plans to open a second location in the city.

Popular West Hollywood restaurant Breakfast by Salt’s Cure will be opening at 714 Montana Avenue. The small space on the south side of the street was formerly home to Italian restaurant Osteria Bigoli that closed at the beginning of the pandemic last spring.

“I don’t think we could have gotten in there without a pandemic honestly,” chef Chris Phelps told Eater LA. “We’re a little breakfast place and we’re busy but it’s a smaller ticket price. We were able to just slip in and that was pretty easy.”

The operation will initially be takeout-centric with a few sidewalk tables. Once LA County dining restrictions are fully lifted, the Montana Avenue restaurant will be able to seat 30 people.

The menu will be essentially the same as the WeHo location (7494 Santa Monica Boulevard) with the addition of special items including vegan and gluten-free banana nut griddle cakes and grocery items for sale as well. In addition, Phelps noted that sake bloody Mary’s and champagne will be offered once appropriate licenses are approved by the City of Santa Monica.

In 2007 Phelps opened meat-centric West restaurant Salt’s Cure in WeHo before relocating to Hollywood on Highland Avenue in 2015. He says early on the restaurant’s griddle cakes had become one of the most popular items which led to the opening of Breakfast by Salt’s Cure.

“We knew pretty early on that we eventually would open a breakfast joint to highlight the griddle cakes. I wanted it to be a fast-paced, counter-style service where people could come in and build [their] own breakfast from a select few items. Breakfast is about simplicity, and when done right, it’s the most satisfying meal of the day,” Phelps writes on the restaurant’s website.