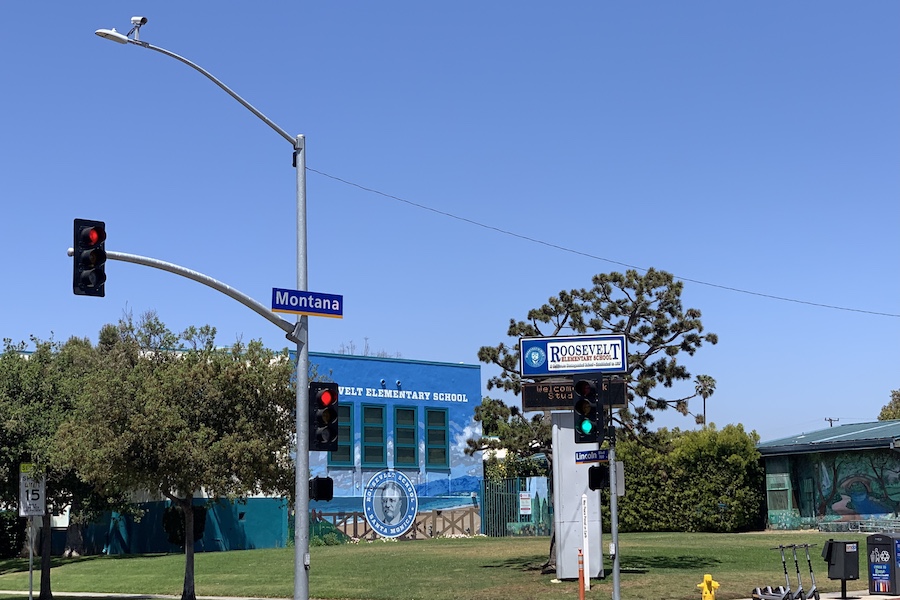 Los Angeles County Office of Education makes no decision, will return in June

A long-awaited public hearing took place over the weekend regarding an effort to split the Santa Monica-Malibu Unified School District (SMMUSD).

The City of Malibu has filed a petition with the Los Angeles County Office of Education (LACOE) Committee on School District Organization. seeking the formation of an independent Malibu Unified School District (MUSD). On Saturday, April 17, 2021, at a preliminary public hearing, LACOE heard arguments from both sides plus an hour of public comment on the issue, which has been in the works since 2011. The committee asked no questions, did not make a decision and will hear the proposal again in June to take an initial vote.

At the meeting Saturday, Malibu officials argued that their city pays an unequal amount into SMMUSD’s coffers compared to Santa Monica. Malibu dollars account for 30 percent of the SMMUSD revenue yet the city only has 15 percent of the district’s population.

“The only category where we are ahead is in the amount of property taxes we disproportionately pay to SMMUSD to enhance programs that are mostly in Santa Monica,” said Malibu Mayor Mikke Pierson.

Other reasons Malibu cites in supporting a separation include the physical distance between Malibu and Santa Monica, the different character of these communities, inadequate representation of Malibu on the SMMUSD Board of Education and the need for local control over the education of Malibu’s children.

SMMUSD officials argued that a Malibun split would harm overall diversity, equity, educational programs and finances. Following the hearing, the District said that Malibu did not provide current data or statistics to justify the financial methodology of their proposal. In addition, the District argues Malibu did not “explain the fact that recent studies have demonstrated that, given future population projections, the City of Malibu would not have enough students to sustain a stand-alone district.”

SMMUSD officials also made the case that a new Malibu Unified School District would lack diversity.

“One of the elements that has always made our district so strong is the fact that we are comprised of a diverse mix of students from every socio-economic and racial demographic,” said SMMUSD Superintendent Dr. Ben Drati. “As someone who has devoted his entire career to educating children, it would be extremely heart breaking to see a district formed that, by virtue of its makeup, would ill prepare students to navigate the diversity of the world.”

“After 20 years, Malibu students would have more than $100,000 per student than if our district remained intact,” Drati wrote in a letter prior to the hearing. “As the superintendent charged with the education of students from both communities, I see the City’s proposal as harmful to an entire generation of students with the very real and dangerous potential to harm Santa Monica students forever.”

“After 20 years, Malibu students would have more than $100,000 per student than if our district remained intact.”

Malibu officials at the meeting Saturday, however, accused the SMMUSD of engaging in inflammatory rhetoric with such messaging.

“Instead of seriously considering this offer, or any others placed before them, the school district has refused to compromise and continues to engage in inflammatory rhetoric,” said Malibu Councilwoman Karen Farrer. “Frankly I’m appalled and extremely disappointed that a school district would treat a segment of its own district population so poorly with an us versus them attitude. They have drawn a line in the sand of Santa Monica versus Malibu with the residents of Malibu, on the outside looking in. There is no way to recover from this. The education of our current and future students is at risk. At this point, separation is the only solution.”

Farrer was referencing a last-minute counter offer from the City of Malibu on unification. On March 2, 2021, Malibu made a proposal that it said “ensures that the Santa Monica schools will have at least the same per-pupil funding for the coming decade.”

“The City proposed a tax-sharing agreement that transfers property tax revenue from Malibu to Santa Monica for up to 10 years in the event SM-MUSD’s per-pupil funding dips below its current level. In addition, the proposal also identifies the approximately $50 million in Other Local Funding (grants, sales taxes, rental income, redevelopment funds, and parent/business donations, etc.) that SM-MUSD receives each year beyond state education funding and property tax sources which Santa Monica will be able to retain in separation,” the City of Malibu says.

Last week, however, the SMMUSD Board of Education voted 5-2 to reject this latest counter proposal on unification.

“This counter proposal would have required the district to support the City’s petition in exchange for the City and District agreeing to be bound by whatever financial recommendation the Los Angeles County Committee on School District Organization (“Committee”) staff and consultants might make at a future date and time,” SMMUSD said in a statement following the April 16 closed-session meeting. “The proposal and its rejection will not change the status quo. The City would already have to abide by the County’s recommendations or risk denial of its petition.”