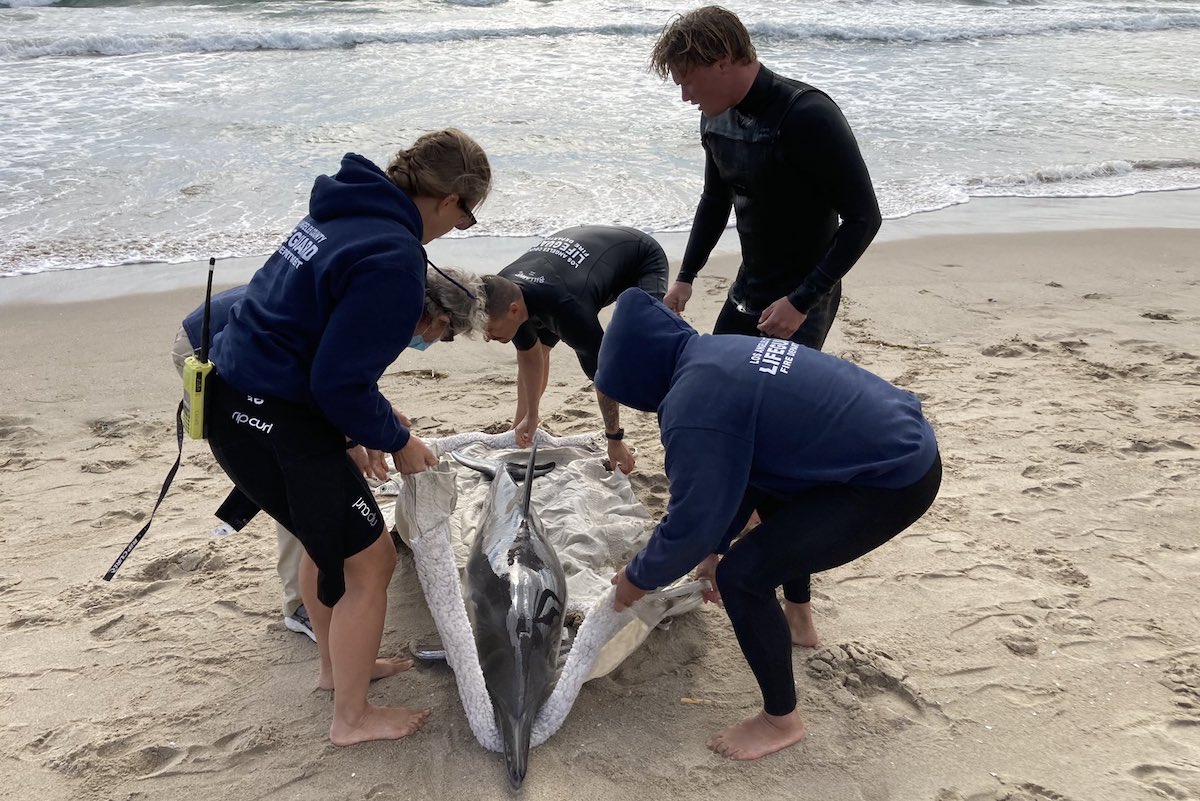 A sick dolphin recently died after stranding itself on Santa Monica beach.

According to the Los Angeles County Fire Department Lifeguard Division late Wednesday afternoon lifeguards responded to assist a dolphin that was repeatedly beaching itself on Santa Monica beach.

Lifeguards and Marine Animal Rescue–a non-profit organization located in El Segundo that rescues sick and injured marine wildlife 24/7– attempted to assist the dolphin back into the water but it did not go back out to sea.

According to lifeguards, Marine Animal Rescue made the decision to transport the sick dolphin to a local treatment facility. Unfortunately shortly after transport, the dolphin succumbed to its illness.

“As a reminder, sick marine mammals often come ashore to rest and it is best to give them space when they do so! Notify the nearest Lifeguard as we work closely with local marine animal experts that will be able to provide further assistance to these animals,” lifeguards wrote in an Instagram post.

LA County lifeguards were not immediately able to specify where on the beach the incident occured.

Whales and dolphins will sometimes deliberately beach themselves, according to Marina Animal Rescue, in a practice officially known as Cetacean stranding. Although the cause is not always known, this event can be due to illness, injury, old age and noise pollution, the organization said.

This is the second marine mammal to pass away after beaching on local beaches in recent weeks. On March 17, LA County lifeguards and Marine Animal Rescue responded to a beached whale at Dockweiler Beach near Marina del Rey. Crews were instructed by the National Marine Fisheries Services to not assist the emaciated whale–a 25-foot gray whale–in hopes that it would return to deeper water on the high tide. Around 8 p.m., however, the animal was unfortunately determined to be deceased by marine mammal specialists on scene.