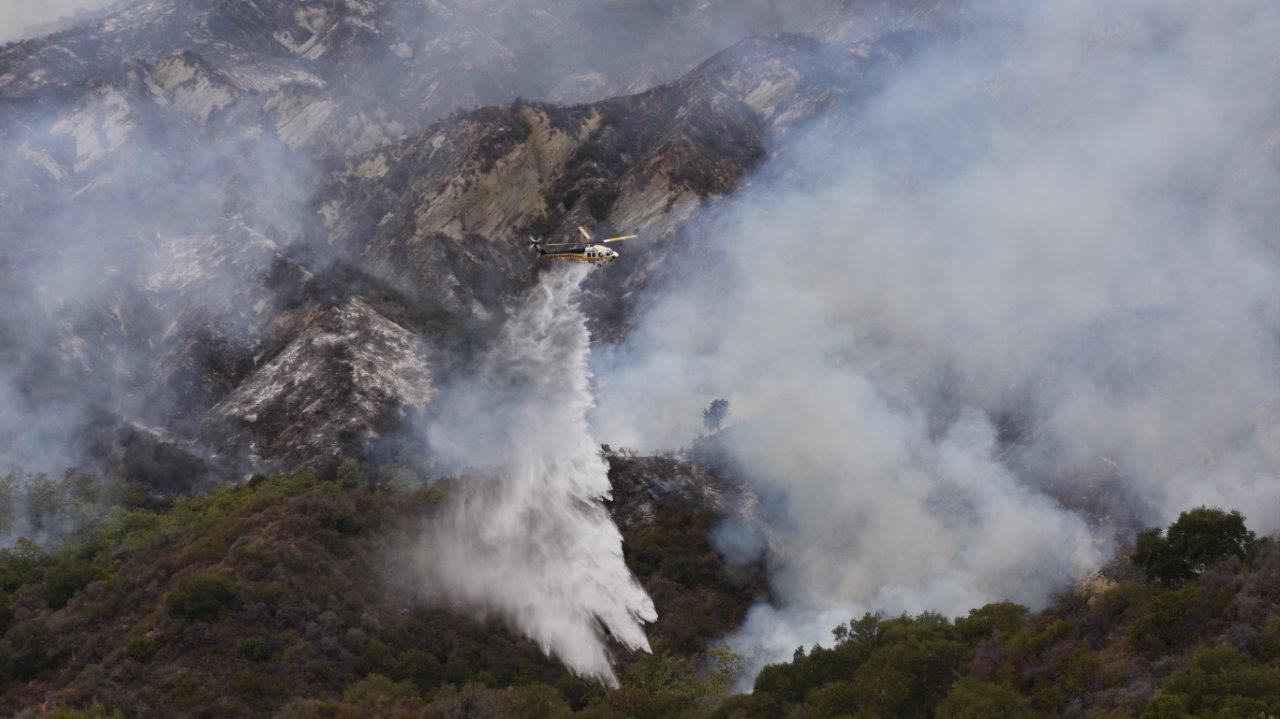 Arson investigators say 48-year-old as a transient set fire that has burned over 1,000 acres

Officials have released the identity of a homeless man who was arrested for starting the Palisades Fire after a police helicopter spotted him igniting additional blazes the next morning on a steep hillside near the already burning vegetation.

According to the Los Angeles Fire Department (LAFD), the fire was reported Friday at 10:02 p.m. at 1807 N Michael Lane in Pacific Palisades in the area near the Trailer Canyon.

The fire, dubbed the Palisades Fire, is at 47 percent containment and is burning around 1,158 acres as of Tuesday at evening. Over 500 personnel are currently fighting the blaze.

The Los Angeles County Fire Department Saturday evening issued mandatory evacuation orders for Zone 4 and Zone 6 in Topanga. These orders were lifted Monday afternoon. On Tuesday afternoon an evacuation warning was lifted for parts of Pacific Palisades while also Topanga Canyon Boulevard reopened to the public.

On Tuesday morning, the LAFD shared details about the identity and detaining of a man arrested suspected of starting the fire. According to the LAFD, just after midnight Friday, arson investigators were dispatched to the scene to determine the cause of the fire.

Due to the inaccessible terrain and darkness, investigators gathered preliminary information and returned the next day.

“On Saturday morning, LAFD helicopter pilots observed an adult male moving around in the brush  along a steep hillside near the fire,” the Department said. “Officers from the West Los Angeles Community Police Station  kept watch on the ground while the Air Support Division provided eyes in the sky. During an aerial  observation, the Tactical Flight Officer witnessed the individual ignite multiple additional fires.”

Los  Angeles County Sheriff’s Department Deputies were lowered into the brush to begin a search for the man, but because the fires were growing rapidly, deputies were forced to retreat.

A little before 10 a.m. on Sunday the man emerged from the brush in the 1200 block of  Palisades Drive and was recognized as a possible suspect by a private security officer. Police officers arrived and detained the suspect, Ramon Flores Rodriguez.

“After interviews from eyewitnesses, firefighters, and police officers, as well as hours of analyzing burn  patterns and documenting the fire scene, arson investigators determined that the fire was incendiary,” the LAFD said.

The LAFD describes Flores as only a 48-year-old transient. According to the LAFD, the arrestee has multiple name variations in law enforcement databases.