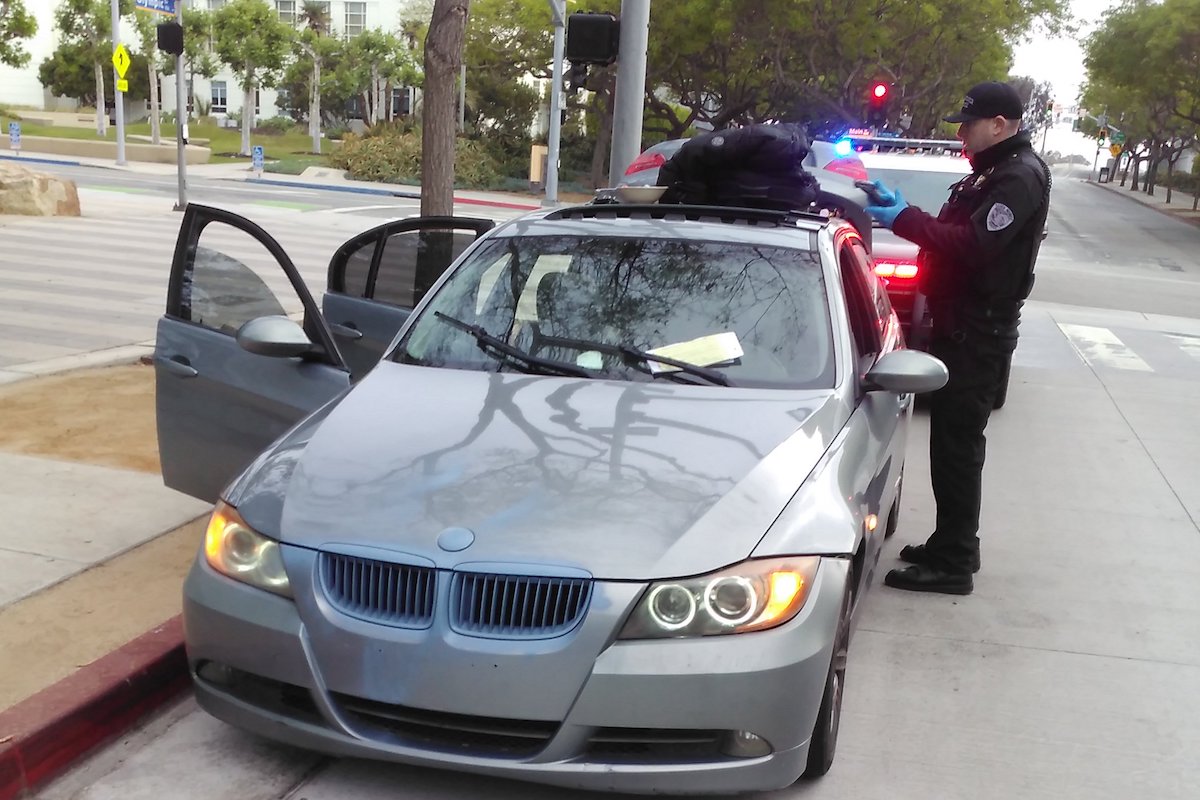 A man was arrested after parking in the red zone near the Santa Monica police headquarters while at Starbucks and leaving a gun and alcoholic beverage in plain view.

According to the Santa Monica Police Department (SMPD), the incident occurred on May 26 on in front of Santa Monica City Hall, just steps away from the SMPD headquarters.

Officers discovered the vehicle had its windows rolled down and was unoccupied, with an alcoholic beverage and a 9mm Beretta 92FS firearm in plain view. Soon after, police say a man approached the car, a grey BMW sedan.

“A male subject quickly approached the officers  and explain he was in the Starbucks at Main and Olympic and only briefly left the  vehicle unattended. The subject proceeded to state he did not have proper  identification and subsequently provided officers with a false name,” Flores said.

The subject was later identified as Robert Ambriz-Garcia, 22, of Los Angeles. According to the SMPD, he was arrested and booked for providing false identification, leaving a handgun unsecured in an unattended vehicle and transporting an unsecured firearm in a vehicle.