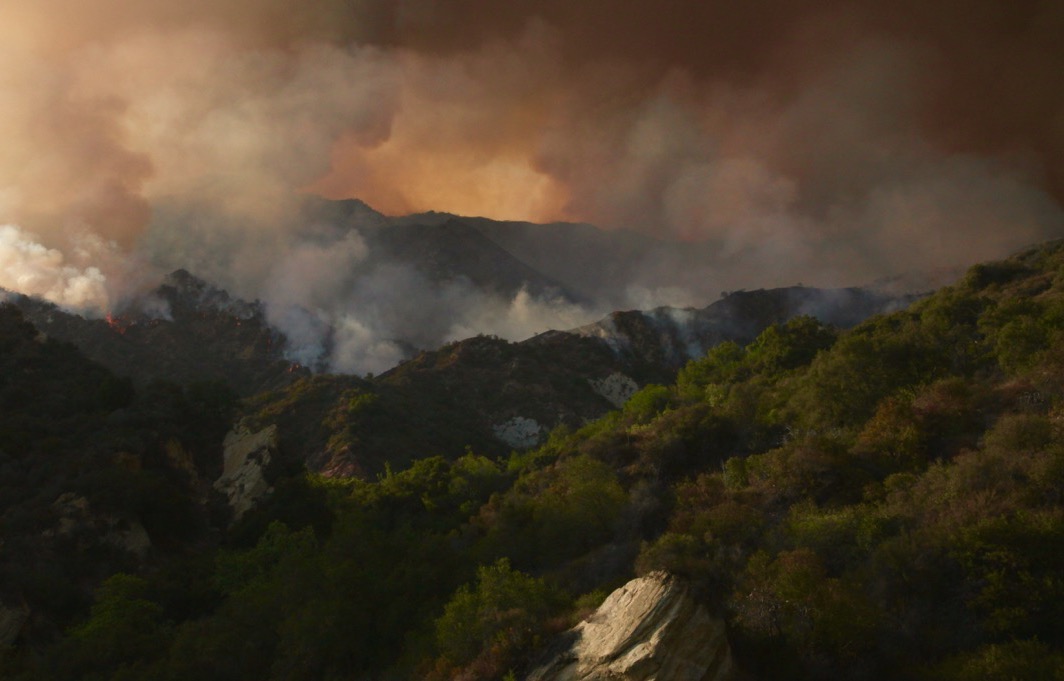 Arson suspect in custody for starting fire that has burned over 1,000 acres

The Palisades Fire is at 23 percent containment as of Monday evening as over 1,000 acres have burned from the blaze started by a suspected arsonist now in custody.

According to the Los Angeles Fire Department (LAFD), the fire was first reported Friday at 10:02 p.m. at 1807 N Michael Lane in the area near the Trailer Canyon.

The fire, dubbed the Palisades Fire, is at 23 percent containment and has burned around 1,325 acres as of Monday at 5 p.m.

“As a result of successful firefighting efforts, all evacuation orders in Topanga will be lifted at 6 p.m. Topanga Canyon Blvd. will be open to residents only, starting at 6 p.m. Be prepared to show ID or Topanga access card,” the Department said in a statement.

The LAFD has issued an evacuation warning for the 1500 block of Chastain Parkway West. This includes all homes north of Chastain Parkway over to Calle Del Cielo, the eastern boundary). The warning area includes Calle De Sarah, Calle Bellevista and all homes West of Calle Del Cielo / Ave Ashley up to the hills. This warning remains in effect. CLICK HERE for the most up-to-date map.

“All residents in this area are urged to prepare for a potential evacuation based on the developing fire activity. Gather your valuables, medicines etc and load them into your car so you are ready if asked to evacuate,” the LAFD said.

On Monday morning, the officials announced the arrest of an arson suspect in connection to the fire.

“That person is in custody but we are not releasing anything more about that yet as that is a pending investigation that the Arson division of our LAFD is the lead on, with assistance from our LAPD,” said Los Angeles Mayor Eric Garcetti, adding that the suspect was getting medical treatment Monday morning.

The suspect is described only as an adult male.

According to the LAFD, during the course of the investigation, there was a separate individual who was detained and released.

As of 10 a.m. Monday, no structures have been damaged. One firefighter sustained a minor injury. There are no reported injuries to any civilians.