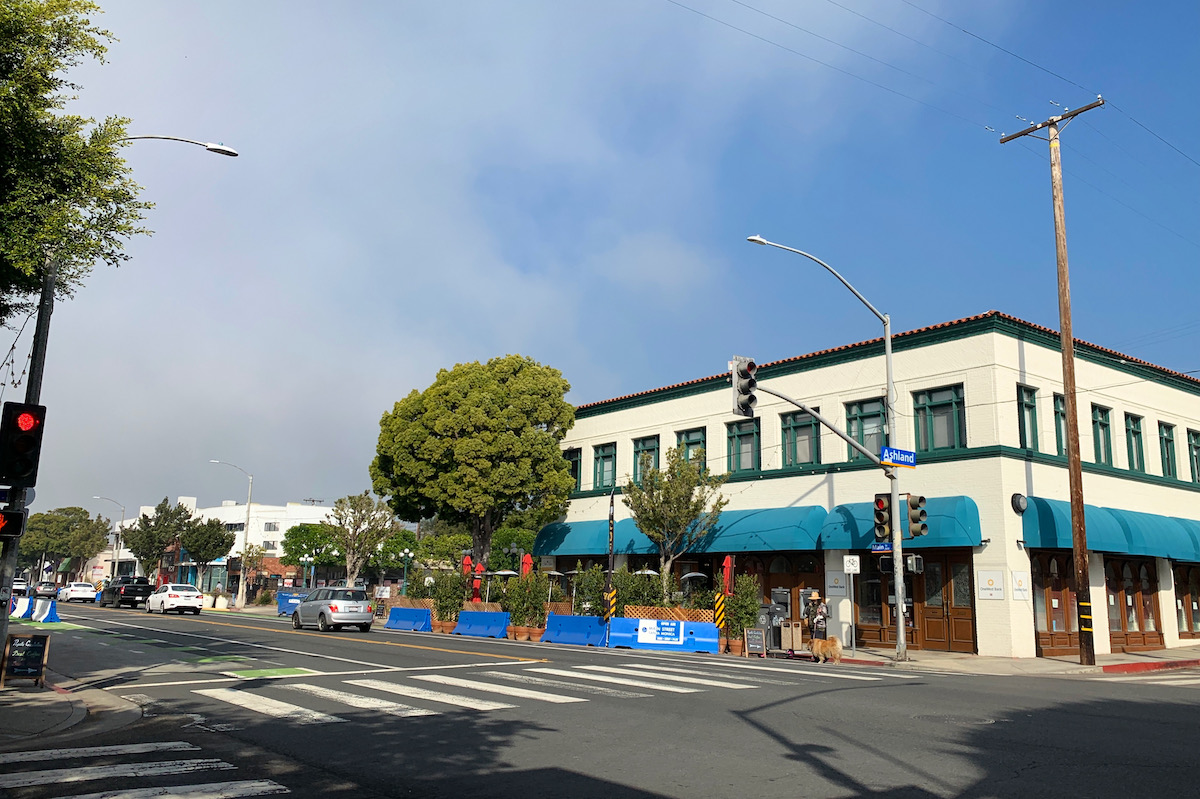 Santa Monica’s Main Street may soon be open only for foot traffic on weekends.

“Some people think that this is an absolute disaster and others think it’s going to be the best thing since sex,” said Santa Monica City Councilmember Kevin McKeown about a recently approved plan that would close Main Street to traffic on weekends. “The reality is it’s probably going to be something in between.”

McKeown was speaking at an April 27 meeting where Council unanimously approved a motion that calls on city staff to develop a pilot program for the temporary weekend closures of Main Street to automobiles and bus traffic.

According to Councilmember Gleam Davis, the motion’s co-author, the partial closures would be limited to two to three blocks. Davis, speaking at the meeting, cited similar ideas in other cities, including State Street, Santa Barbara and three blocks in Munich, Germany where Davis said “retail revenues increased by about 200 percent and restaurant revenues increased by about 300 percent. People love these open streets.”

Councilmember Christine Parra, who also co-authored the motion, explained the goal of the proposal, known as Al Fresco 2.0, is to help local businesses while facilitating a safe shopping and dining environment.

“The main goal here was to stimulate the economy on Main Street to create another opportunity for gathering…in a safe way,” Parra said. “I know a lot of people are concerned about going indoors, whether it is going indoors to shop (especially in smaller stores), indoors to go to a restaurant.”

Councilmember Phil Brock, while voting to move forward with developing Al Fresco 2.0, expressed concern that it may lead to overcrowding on Main Street. This, according to Brock, may create a retail environment that some may perceive as less safe. In addition, Brock worried not all Main Street businesses will benefit from the street closures.

“I want us to have outdoor dining forever but I am concerned that for instance Jameson’s [Pub] at that corner, their parklet goes way beyond their restaurant border and continues down the street. I am hearing from retailers that they’re concerned that people will not be able to see their stores and that their business is actually going to plummet rather than increase because restaurants already right now on Main Street are packed. Chinois is busy every night. Jameson’s is busy every night,” Brock said. “Many people are afraid to take long walks or bicycle rides, even though we are being vaccinated in the city, because they are afraid of that close contact with other people.”

At the meeting, Councilmembers noted that they have received many emails from residents concerned that such a plan will lead to increased traffic in their residential neighborhoods. One of these residents was Roger Genser, who has lived at 2nd and Hill street for the past 44 years.

“Where are the cars going to be diverted to? 2nd Street is a narrow, one-way street headed south. Ashland [Avenue] and Marine [Street] are very steep hills heading east from Main [Street]. And Hill [Street] is a hill street. The OPA [Ocean Park Association] survey that has been cited is limited in its scope. Most neighbors have no idea this has been proposed. There needs to be a formal public notice to the residents who are affected by this proposal,” Genser said. “This could now become the Promenade number 2.”

Genser was speaking on behalf of himself at the meeting, though he currently serves as Chair of the Landmarks Commission. The survey he referenced was carried out by the Ocean Park Association [OPA], which has been pushing for the pilot program along with the Main Street Business Improvement Association (MSBIA). Hunter Hall, MSBIA Executive Director, at the meeting touted the success of the initial Al Fresco program rolled out at the beginning of the pandemic.

“Outdoor dining has been crucial to all businesses throughout the country, everyone knows that, not just restaurants, but all businesses. Every business on Main Street has benefited measurably from our current Al Fresco program, without giving much at all. We want to double down on it,” Hall said. “We want to move Main Street to a more pedestrian, cyclist and shopper-friendly environment for our retailers too.”

At the meeting, Hall expressed a preference for beginning the pilot program at the end of June. Deputy City Manager of Santa Monica Anuj Gupta, however, noted that perhaps a launch at the end of summer would be preferable to account for anticipated summer crowds. Council has not yet established a start date for the proposal.

Danile Londono, the owner of Alfalfa, a new Main Street cafe specializing in salads and donuts, was the only Main Street restaurateur to speak at the meeting, said he supports the proposal. The restaurant, located at 2309 Main Street, was founded in Hoboken, New Jersey before opening its second location in the space that used to be home to the Astro Doughnuts & Fried Chicken.

“One of the reasons we decided to open our second store all the way across the country in Santa Monica was because of how forward-thinking and progressive this community is,” Londono said. “We feel that the world is changing really rapidly and we think that these types of bold ideas are what we need to succeed as a startup and have our fellow businesses around us succeed.”

At the meeting councilmembers repeatedly emphasized that whatever plan is implemented will be temporary and could be ended if it does not work.

By Sam Catanzaro May 3, 2021
in News
Related Posts