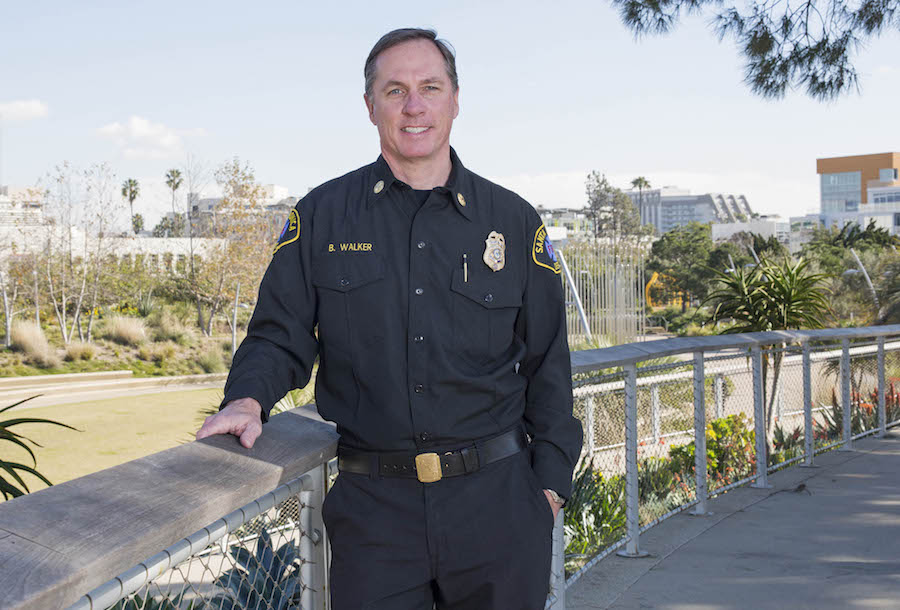 Chief moving to Texas to head up new position, be closer to family

Santa Monica’s fire chief is stepping down after five years helming the department to head up a Texas fire department and be closer to his family.

On May 11, Santa Monica’s fire chief Bill Walker announced he will be departing his post of five years to head up the City of Bedford Fire Department in Texas. Walker has served as Chief of the Santa Monica Fire Department since 2016. His last day will be June 4, 2021. The City will appoint an Acting Fire Chief while the City conducts a nationwide recruitment

According to Walker, another factor behind the decision was to be closer to his family.

“For the last five years it has been my honor to represent Santa Monica as the Fire Chief. This is an amazing place, and I am extremely proud of all the accomplishments we have made together,” Walker said upon his decision to leave. “My two kids are both in the Dallas Fort Worth area and graduating college soon, so we are excited about the opportunity to be reunited in Texas.”

Walker in his announcement touted the opening of two new fire stations and helping the Department utilize technology as some of the work he is most proud of during his five year tenure.

“As I reflect on my time here, I am proud of the many key projects that we have completed. I say ‘we’ because it was a team effort and it was our members that got so many things accomplished. We were able to completely transform our use of technology, improve our logistical support to our Firefighters- ensuring they had the uniforms, turnouts, tools, equipment, fire apparatus, and stations to do the job at the highest level. This included building the all new Fire Station 1 and establishing Fire Station 7. While there is always more to do, I know the team here in Santa Monica will continue to provide the highest level of service, and to make a difference every day,” Walker said.

“I know that it is a challenge to have turnover in any organization, and I’m confident that the Santa Monica Fire Department is well prepared to handle this transition.  We have an excellent group of leaders who will keep the fire department moving forward as always,” Walker added.

“Santa Monica could not have had a better leader to see us through a period of significant transformation as our fire department stepped into the 21st century while heading to the frontlines of California’s most severe wildfires,” said Mayor Sue Himmelrich. “Bill is one of the nicest people you will ever meet, and we’ve been fortunate to have benefited from his talents, expertise, and partnership over the last five years. Though we will miss him dearly, we understand and support his decision to prioritize being closer to his family in Texas, particularly after the last year of separation caused by the pandemic.”