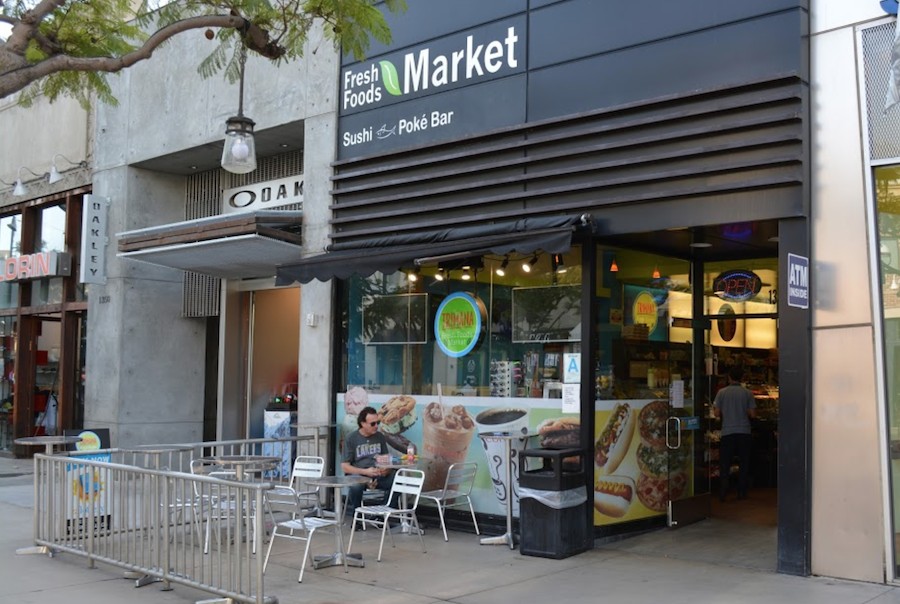 Santa Monica police are searching for a suspect wanted for a possible racially-motivated attack on an elderly Asian man shopping on the Third Street Promenade.

According to the Santa Monica Police Department (SMPD), on Saturday, May 1, 2021 around 9:30 a.m., officers responded to Trimana Market (1348 3rd Street Promenade) to investigate an assault. The suspect, described by police as an “African-American female in her 50s”, used her shopping cart to hit the victim, an elderly Asian male.

“The described female hit the victim a couple of times with her shopping cart, and even knocked the phone out of his hand when he attempted to film her,” SMPD Lieutenant Rudy Flores said of the suspect, who police say is around 5’7”, with a “heavier build” and was wearing a burgundy jacket and camouflage pants at the time of the incident.

When asked if the attack may have been racially motivated, Flores said detectives are considering this a possibility but the primary focus is to identify the suspect.

“At this time we are not certain that the motive behind her attack was racially motivated but detectives are considering it as a possibility. Their primary focus is to identify her so they can locate and subsequently interview her. Once that occurs, detectives will present the case to the Los Angeles District Attorney’s Office to see if there is enough information / evidence to add a hate crime charge,” Flores told the Santa Monica Mirror.