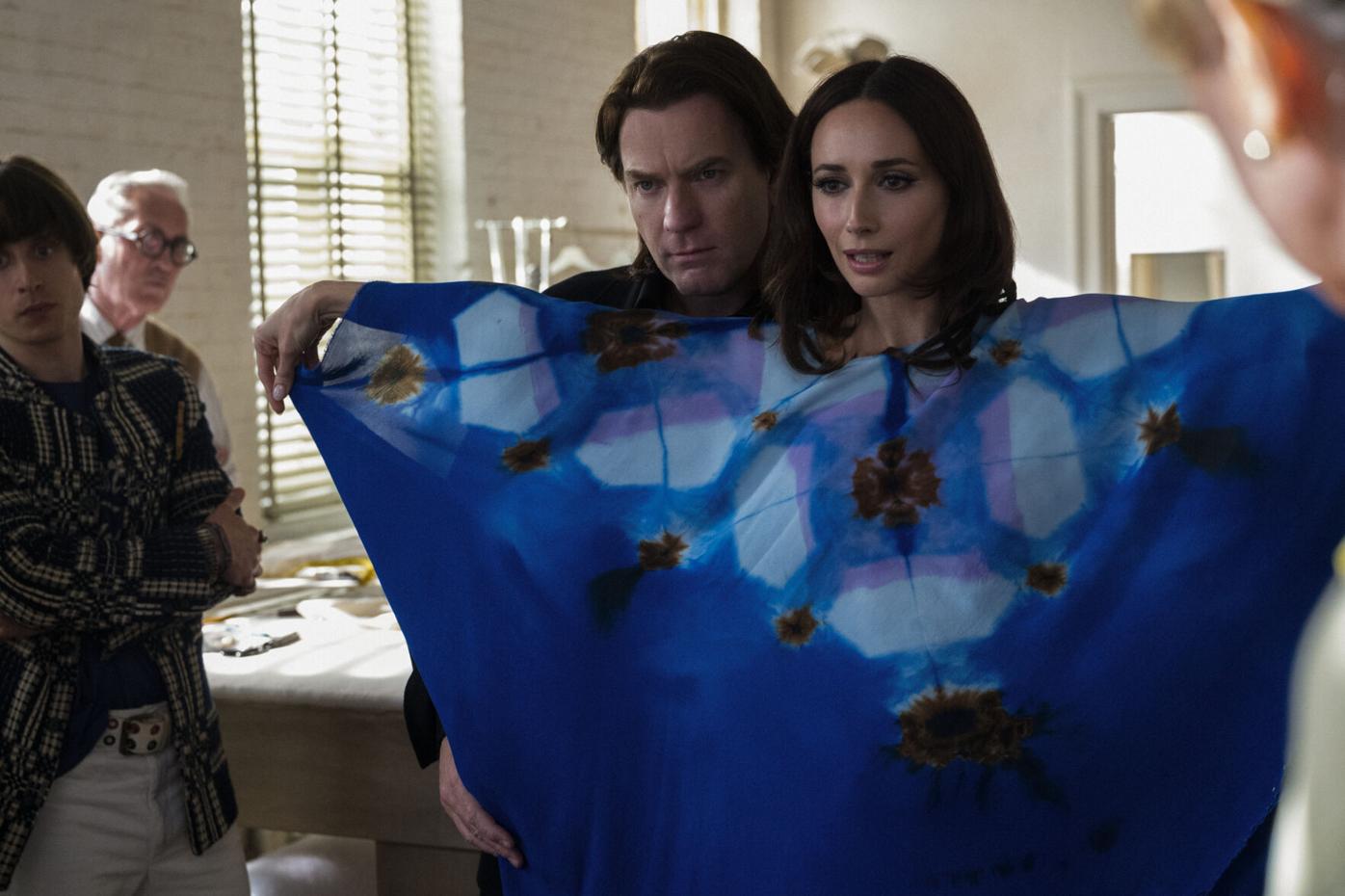 Halston lays out the tapestry of the hedonistic disco society of the 1970’s and early 1980’s that shaped the legendary designer known as “Halston.” He aspired to be an accepted member of that society and not only succeeded – he became its king, setting the style for all those who waited in line for hours to get into the elite clubs. The very excesses that defined this world would dampen his creativity and eventually bring him down.

Roy Halston Frowick was born in 1932 in Des Moines, Iowa. He showed an interest in clothing early in life, helping his mother and sister with sewing. He enrolled in night courses in design, started designing women’s hats and achieved fame by designing Jackie Kennedy’s pillbox hat that she wore to her husband’s inauguration in 1961. This notoriety moved him speedily into the upper echelons of fashion and he launched his first ready-to-wear line in 1969. Halston was an extremely talented and tremendously complex man.

Ewan McGregor, in his understated manner, is the perfect actor to bring this fashion icon to life. Through his subtle performance, we can see the human side of this eccentric, uninhibited and wildly creative artist. McGregor deftly uncovers the deepest most universal parts of Halston’s psyche to let us identify with this extraordinary, unique and colorful human being. McGregor has been acting since he was a teen in Scotland and has a huge resume of which many are unaware, of theatre, television and film. He’s not just “Obi Wan-Kenobi” from Star Wars. Actually, he’s not just an actor either. McGregor has served as an ambassador for UNICEF UK since 2004. He has travelled by motorcycle extensively all over the world with good buddy Charley Boorman (see Long Way Round, Long Way Down, and Long Way Up) and during these travels the two have facilitated aid to those less fortunate.

Director Daniel Minahan has fashioned this production as would a designer. The fabrics, colors, designs paly a role – a gauzy trail of fabric floating in the breeze becomes a character, impressing all who behold it. Those who wear it impress their friends…impress the world. Minahan has directed some of the greatest TV of our time and it shows here. He was masterful at shaping the series and enabling his ensemble of actors to become a family. He organized group brunches and tours of places that were part of Halston’s life. The pandemic lockdown happened just as the shoot began and actually became an asset to the bonding of the cast and crew, as they became a pod. One cast member said, “We really spent a lot of time being each other’s soulmates for a long period… that really connected us in a great way.”

Minahan was not afraid to cast relative newcomers, other than McGregor. Krysta Rodriguez knocks it out of the park as Liza Minelli. Her Broadway musical background serves her well in her rendition of Minelli’s “Liza with a Z”  – a spectacular performance. She brings to the screen Minelli’s huge personality with its effervescence and edge. No one could ever quite capture the richness of Minelli’s voice, or of her Mom’s. However, Rodriguez nails the extremely complicated song – and nails Minelli the entertainer. Rebecca Dayan steals her scenes as “Elsa Peretti.” Dayan was a fashion model and a design assistant to Sonia Rykiel herself. Gian Franco Rodriguez (no relation to Krysta) was doing his rounds delivering food in Manhattan when his agent called to say he had landed the huge role of “Victor Hugo,” his first real acting job. Minahan rightly took a chance on him, a Venezualan, as was Hugo. Rodriguez came through superbly.

This Miniseries will introduce you to the ‘70’s and ‘80’s (or bring back memories) and to an icon of the late 20th century who was both a framer and a product of his time.