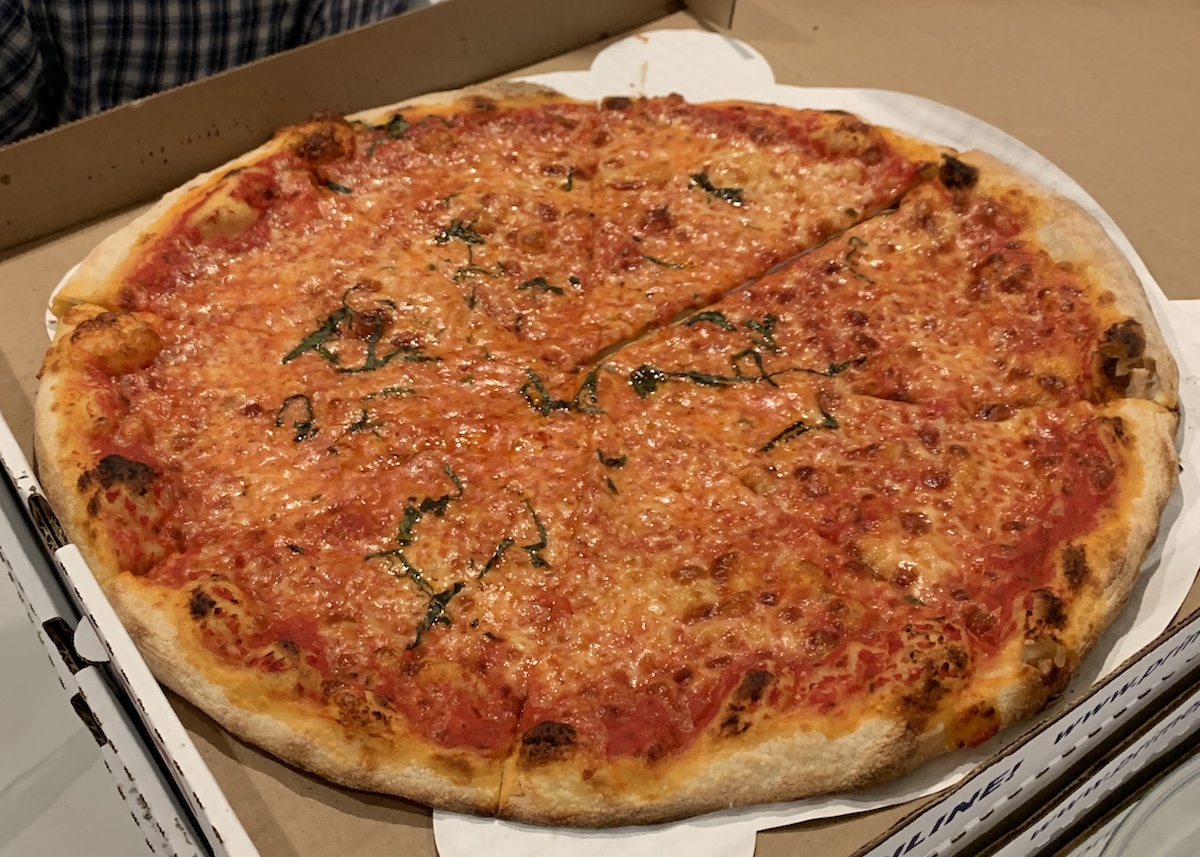 Prime Pizza, now on the Westside, serves up a top-notch slice

A highly anticipated pizza joint recently opened its first Westside location that lives up the hype with NY-style pies that compete with anywhere in Los Angeles.

Recently Prime Pizza opened a location at 2219 Santa Monica Boulevard in West Los Angeles for daily service 11 a.m. to 10 p.m. With other locations in Fairfax, Little Tokyo and Burbank, the restaurant gained national recognition earlier this year when Barstool Sports’ Dave Portnoy gave the pizza an 8.1/10 rating, calling it the best pizza he has ever had in Los Angeles.

“This is my number 1 pizza in LA I’ve had, hands down,” Portnoy said.

So does this claim hold up?

For dinner some friends and I ordered five different pizzas: cheese, pepperoni, sausage, Sicilian and white. For the sake of this review, I will stick to the cheese pizza, both because it was the best and also because it was the one I ate first when it was piping hot. That being said, all the pizzas offered at Prime were top notch with the exception of the white pizza, in my opinion.

Off the bat, the first thing that stood out with the cheese pizza at Prime is the look. The marinara sauce really popped as did the crust with scattered charred bits (which is a good thing). For garnish, some basil strips were spread fairly evenly on top of the glistening mozzarella and sauce.

Picking up a piece, things were off to a good start with the thin yet firm crust preventing the slice from flopping. From a taste perspective, this was as good a slice of cheese pizza as I have had in Los Angeles. The slightly tangy tomato sauce and cheese were perfectly proportioned and the result was a slice of pizza that was cruncy, rich and just greasy enough.

There are two other places in the area that offer comparable slices: Milo SRO Pizza (826 Pico Blvd, Santa Monica) and Joe’s Pizza (111 Broadway, Santa Monica). Prime, in my opinion, takes the crown. Not only because it is slightly the cheapest at $22 for a large pie–compared to $24 and $23 at Milo and Joe’s respectively–but also because it is the most consistent. I have been back twice since first drafting this review and it’s been just as stellar on both occasions, and I got the pies within 30 minutes of calling in my order. The last time I picked up a pizza from Joe’s it was too greasy and the last time I ordered at Milo SRO I had to wait an hour.

So if you’re looking for some no-frills pizza, you can’t go wrong with Prime Pizza.