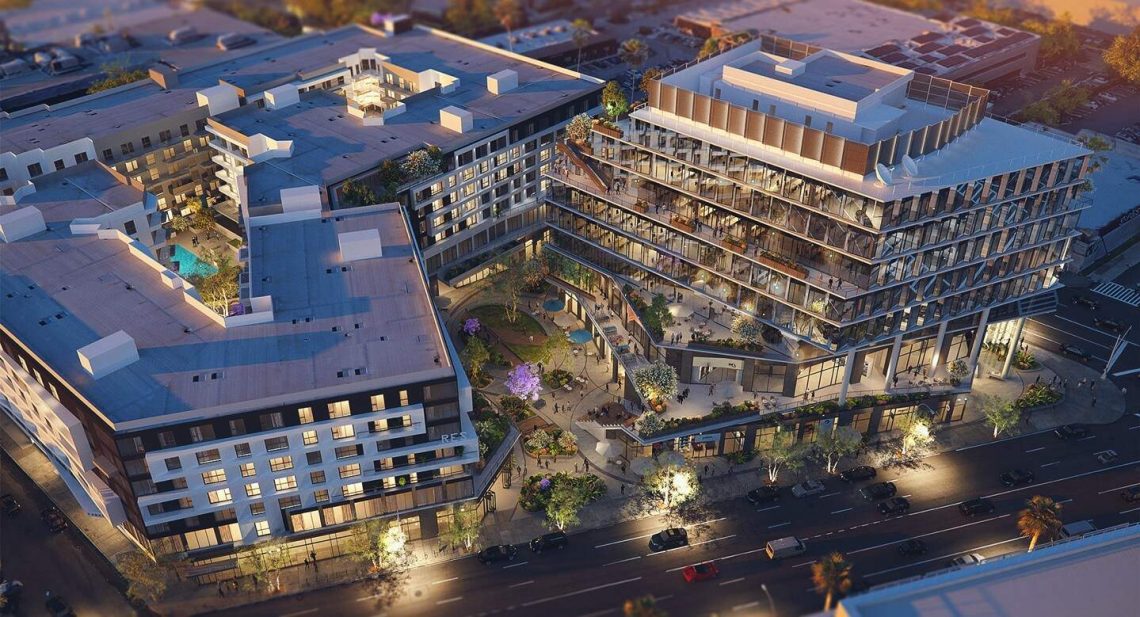 Wood and concrete framing is now visible at the Martin Cadillac redevelopment.

“West Edge is suited for media, technology, and high-growth users seeking a dynamic campus environment,” said Hines in a press release. “West Edge will be the preeminent live, work, play development in West Los Angeles and offers a luxury living experience and dynamic office and retail environment that exemplifies the California lifestyle.”

Designed by Gensler, the 8-story, 160-foot-tall office building will be located at the corner of Olympic Boulevard and Bundy Drive. The housing will be contained in a seven-story building designed by Togawa Smith Martin. 20 percent of the housing will be set aside for workforce and very low-income households.

The project is expected to be complete at some point in 2022.

Martin Cadillac, which has re-merged as Cadillac of Beverly Hills at 8767 Wilshire Boulevard in Beverly Hills, has partnered with Houston-based developer Hines on the new project.

According to The Real Deal, Hines paid over $200 million to become a partner on the 807,000-square-foot development.

“We are excited to bring the shared vision of our family and the community to life with our partners Hines and USAA Real Estate. Our family has deep roots and legacy in the neighborhood, and we believe this project will transform West LA,” said Dan Martin, managing partner of Philena Properties.

In 2014 Hines gave up on plans for a 1.1 million-square-foot development at the Pen Factory in Santa Monica less than a mile away from Martin Cadillac after opponents created a ballot measure to repeal the project even though the development had been approved by the Santa Monica City Council.