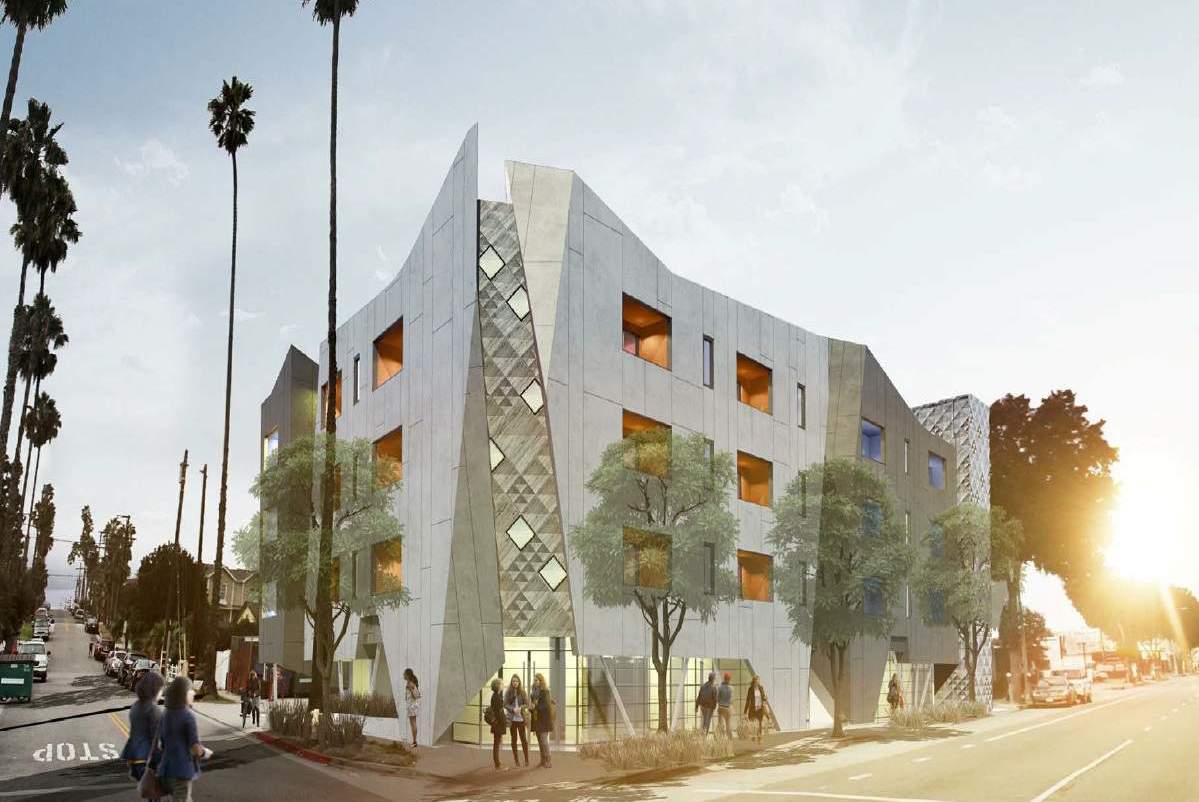 Work has now progressed past street level for the Pacific Landing development at the intersection of Lincoln Boulevard and Pacific Street in Santa Monica.

The project, from Community Corp. of Santa Monica, will be a  four-story, 28,000 square feet, 37-units, one level of underground parking, 18 one-bedrooms, 9 two-bedrooms, 10 three-bedrooms.

Tighe Architecture is designing the project, initially expected to be finished this past March, but is now slated for completion later this summer or early in the fall.

The project’s price tag is $28,194,681, more than half of which is due to construction costs, according to the State Treasure.