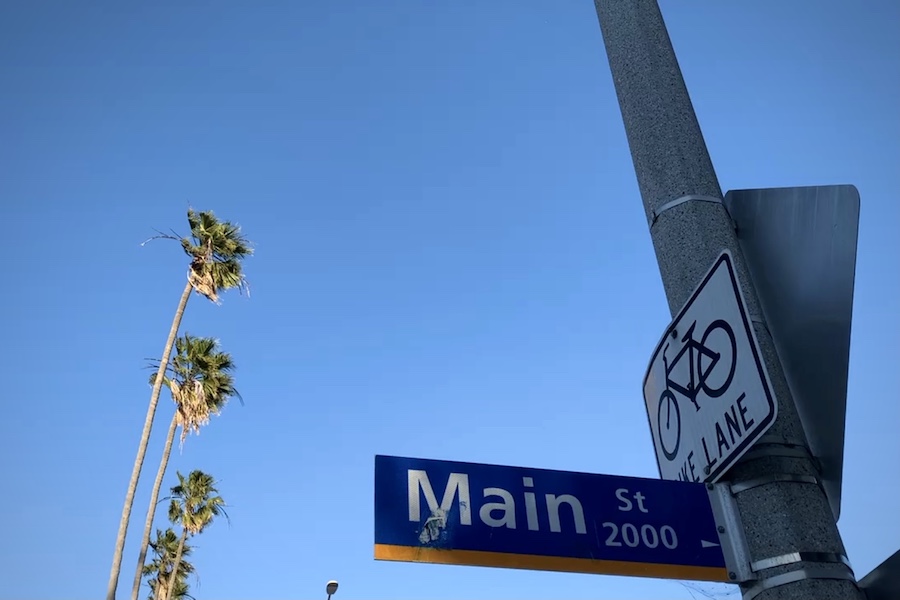 Santa Monica lawmakers will consider closing around 1,000 feet of Main Street to traffic on select weekends to allow for more outdoor dining and retail space.

On April 27, 2021 Santa Monica Council unanimously approved a motion that called on city staff to develop a pilot program for the temporary weekend closures of Main Street to automobiles and bus traffic. Councilmember Christine Parra, who co-authored the motion, explained the goal of the proposal, known as Al Fresco 2.0, is to help local businesses while facilitating a safe shopping and dining environment.

“The main goal here was to stimulate the economy on Main Street to create another opportunity for gathering…in a safe way,” Parra said at the April 27 meeting.

Now city staff have come back with a plan that Council will consider at their next meeting June 8. The proposal–part of a broader agenda item titled Santa Monica Outdoors: Extending Pandemic-Era Emergency Allowances Including Outdoor Use Permits and Interim Zoning Changes to Support Santa Monica’s Economic Recovery–recommends closure of the roughly 1,000 feet between Hill Street and Kinney Avenue. According to the staff report, due to the “potential disruption to bus ridership on weekdays”, and the “potentially inequitable impact of closures on transit-dependent riders”, the closure would be limited to Saturdays and Sundays.

The exact hours would be part of a traffic control plan currently being drafted. Under the current proposal, three to four weekend closures are being contemplated and that would be held once per month.The Main Street Business Improvement Association (MSBIA) and the Ocean Park Association (OPA) have been pushing for a July start. City staff noted it is working toward “implementing quickly”, but final dates will be subject to the availability of traffic control services.

“These data would be collected in late June as a baseline for ‘business as usual’ and then during the first event weekend for comparison. Staff is getting cost estimates from vendors and is currently reducing scope to reduce costs. In addition, staff will use existing data sources on bus ridership and parking meter and lot utilization,” reads the staff report.

MSBIA/OPA would lead the outreach process and engage their membership to assist in tasks leading up to and during a closure.

Under the plan, businesses that wish to use the public space on Main Street would have to obtain a permit and licensing agreement from the City.

“MSBIA and OPA have expressed concern to staff that requiring businesses to engage in a process to obtain a permit for a short-term, temporary pilot program may discourage businesses from participating in the program. Staff recognizes that concern and are working to streamline the application and permitting process so that it will be as seamless as possible,” reads the staff report. “Because such a process minimizes the City’s exposure to liability for use of public space arising out of private or commercial activity, the City Attorney’s Office recommends that Council require an application and permitting process, including the submission of insurance information, as proposed in the Emergency Ordinance.”

The portions of the roadway that are unoccupied by businesses would be considered a common area and the City will bear the risk of liability for any injuries that may occur.

The proposal has not been met by universal support, with some nearby residents concerned the plan would divert traffic into their neighborhoods.

“The worst of the pandemic is over, indoor dining will be back to 100% capacity by June 15th, bars and restaurants already have expanded outdoor seating capacity with the Al Fresco Dining program,” wrote Robert Maschio an 18 year resident of Ocean Park in a letter to the Santa Monica Mirror. “Residents have been fighting to REDUCE traffic for years. We don’t want more cars, buses, emergency vehicles diverted through the neighborhood, we don’t want less parking, less safe living conditions &; Main Street to devolve into a weekend bar [crawl] that families have to avoid.”

MSBIA, in a letter to the Mirror, noted that while restrictions will be lifted soon, businesses still need an influx of cash and accused opponents of fear mongering.

“Yes, Covid restrictions are due to be lifted on June 15, but businesses still need a massive injection of cash, opportunity, and stability to survive and thrive. Anyone who thinks otherwise has never run a business, or hasn’t been economically affected by Covid. Many of these shops and restaurants have taken on massive debt and haven’t gotten much in the way of federal aid either,” Hall wrote. “Puzzlingly, a small but overly vocal super-minority of residents and shop owners who claim to speak for far more individuals than they actually do have surfaced repeatedly over the past few months to decry this plan. Selfishly, they have knowingly misrepresented the facts over and over, with all of the fear-mongering, wild speculation, lies, and petty personal attacks you would expect to see in a Christopher Guest film.”