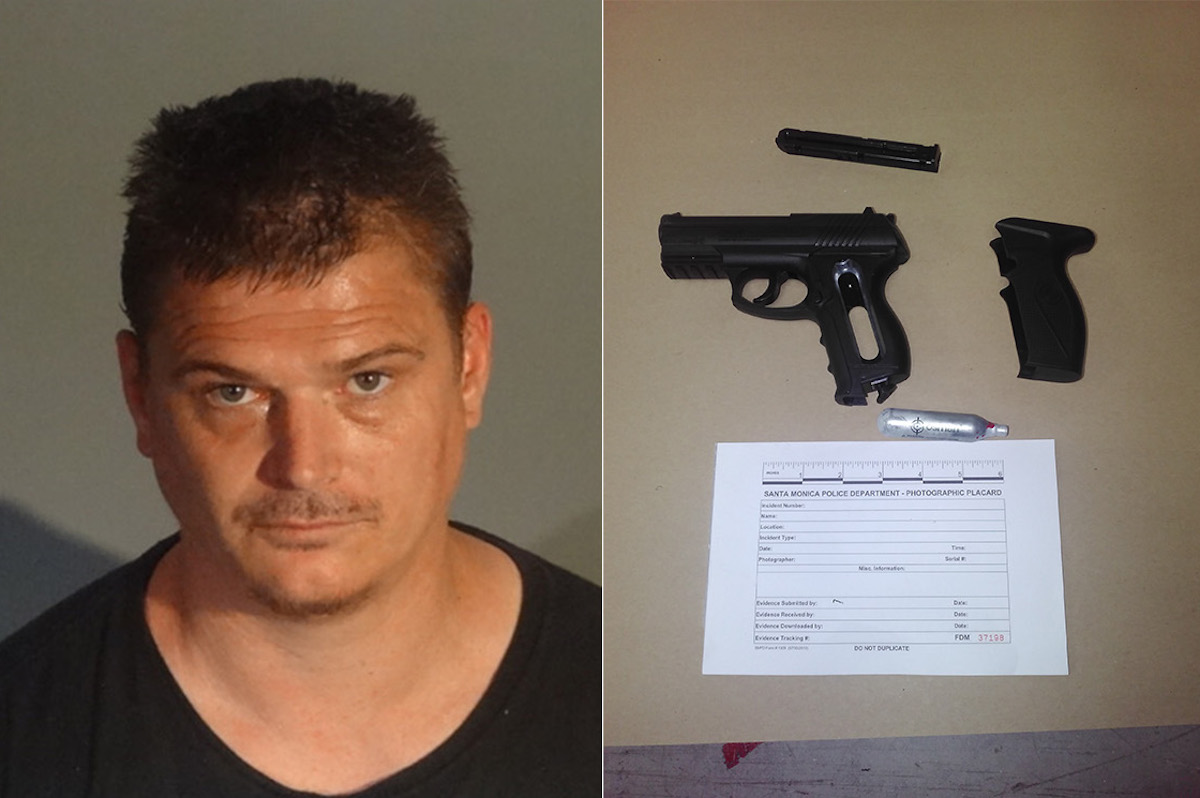 Police have arrested a suspect accused of shooting a homeless man in the face with a BB gun, rupturing his eye globe at Palisades Park in Santa Monica.

According to the Santa Monica Police Department (SMPD), on Memorial Day around 1:38 p.m., an officer working near the top of the Santa Monica Pier witnessed a man waving a gun and yelling in the 1500 Block of Palisades Park. Several SMPD officers arrived on scene within minutes and were able to detain the man and retrieve a BB gun dropped by the suspect.

Other officers contacted a victim and witnesses to the incident. According to the SMPD, the victim, a 54- year-old homeless man, told officers that he was standing in the  park when the suspect, Kyle Leon Castaneda, accused the victim of stealing his shoes.

“According to preliminary information,  Castaneda was standing ten to fifteen feet from the victim when he pulled a BB gun from a bag and shot at the victim several times in the face and upper torso. One of  the BBs hit the victim in the right eye, rupturing the globe. The victim also had a pellet  lodged in the top of his head and had several small lacerations to the back of his head,” said SMPD Sergeant Erika Aklufi.

The victim was transported to a local hospital for ongoing treatment of his catastrophic eye injury, according to the SMPD.

The Los Angeles County District Attorney’s office has charged Castaneda, a 38-year-old from the City of Los Angeles– with mayhem, assault with a deadly weapon, battery with great bodily injury and assault with BB gun.