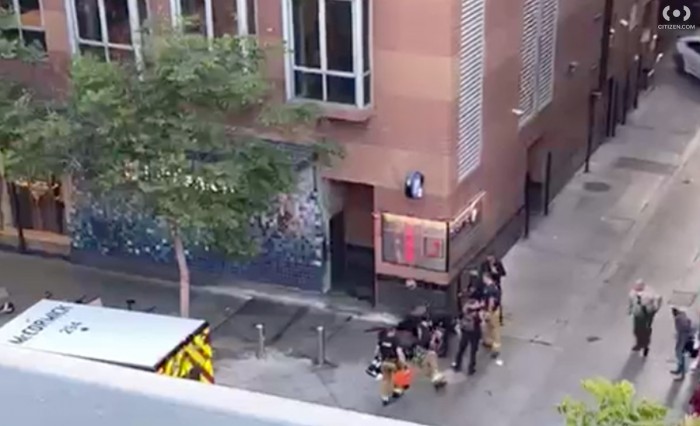 UPDATE: https://smmirror.com/2021/06/police-arrest-suspect-in-downtown-santa-monica-homicide/
A man remains in custody for murder in connection to this incident, which was originally reported as a shooting but police have since announce it was a stabbing.

Two suspects have been arrested in connection to a Monday evening shooting in downtown Santa Monica.

According to the Santa Monica Police Department (SMPD), the incident took place around 7:30 p.m. Monday in the area of 3rd Street and Broadway.

Officers arrived to find a man with a stab wound. Medical aid was rendered to the victim before by the SMPD and the Santa Monica Fire Department before he was transported to a local hospital.

SMPD officers set up a perimeter and later detained two suspects in connection to the incident.

No further details are currently available. This article will be updated once more information is shared by the SMPD.