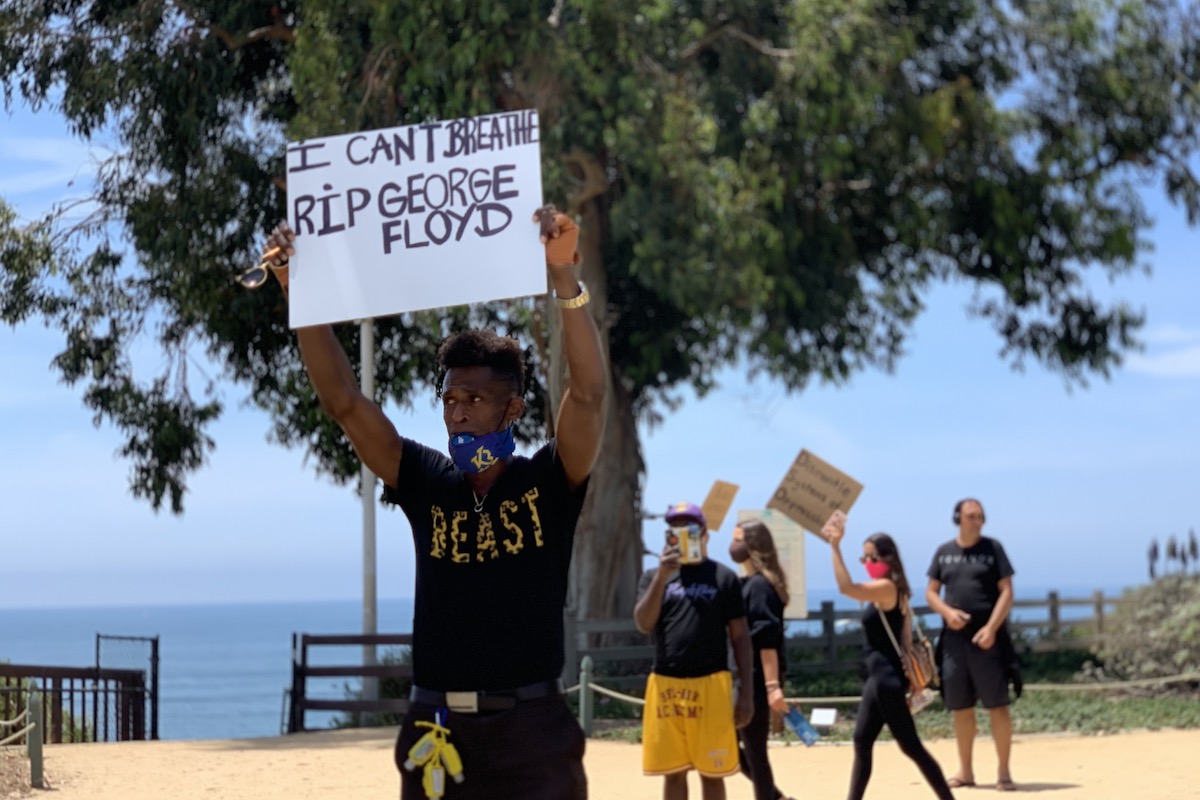 Black Lives Matter Los Angeles and protestors have filed a federal lawsuit against Santa Monica officials and police over the handling of mass demonstrations that broke out in the wake of George Floyd’s killing last year.

The complaint, filed Monday in Los Angeles federal court, alleges that the citywide curfew issued on May 31, 2020, following George Floyd’s killing in Minneapolis was intended to suppress political protest and violated demonstrators’ constitutional rights. Floyd died in May 2020 after being arrested by police and held on the pavement by the knee of former Minneapolis police officer Derek Chauvin, who last week was convicted of murder and sentenced to prison for 22 and a half years.

The complaint filed Monday also accuses the SMPD of false arrest, assault and battery of over 300 protesters shot with projectiles by officers. Plaintiffs further allege that the SMPD targeted protestors for arrest, transported them to a makeshift jail and told them that if they came back into Santa Monica they would be arrested.

According to the complaint, the SMPD violated the constitutional rights of protestors “by preemptively banning peaceful assemblies, kettling the demonstrators, subjecting them to unlawful force, arresting and detaining them tightly handcuffed on buses for hours, without access to bathrooms, water, or food”

In addition, the plaintiffs state that the “policies and failure of policies, including the failure to train its officers in constitutional responses to peaceful demonstrations, caused the unlawful action taken against plaintiffs.”

The complaint also accuses SMPD of suppressing a peaceful protest while just blocks away looters taking advantage of the unrest and plundered hundreds of local businesses.

The plaintiffs contend the complaint applies to around 300 individuals arrested by the SMPD in addition to over 300 individuals who were subjected to direct force by officers. Among the actions the plaintiffs are seeking include the expungement of protestors’ arrest records and  compensatory damages.

The complaint names as defendants the City, 10 as-yet unnamed officials and former SMPD Chief Cynthia Renaud–who was forced to step down in the wake of the department’s handling of the incident.

The City, when reached for comment, said it was reviewing the complaint.

The SMPD deferred to the City’s statement when reached for comment.

A protestor in Santa Monica on May 31, 2020. Photo: Sam Catanzaro.
Education

A protestor in Santa Monica on May 31, 2020. Photo: Sam Catanzaro.
Education