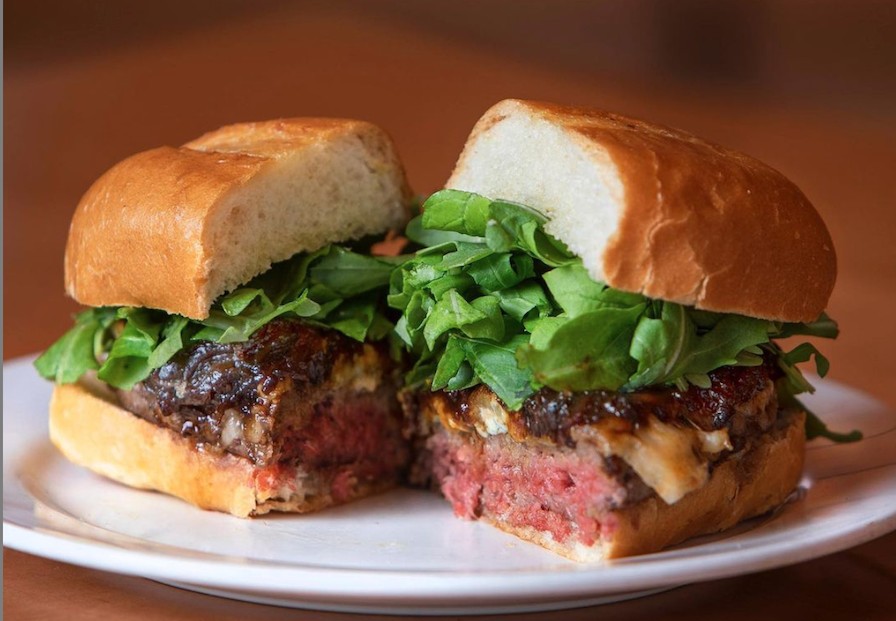 Burger and beer stalwart Father’s Office has reopened their Santa Monica location for in-person service after a lengthy hiatus.

The Culver City location has been open for the past few months while the Downtown LA storefront remains closed.

The Santa Monica location, on Montana Avenue near 10th Street, has been churning out burgers and pouring brews since 1953.

“Our Santa Monica location was originally opened under other ownership in 1953 as an upscale-casual bar with next-level beer selections. Chef Sang Yoon loved the bar, and asked to purchase the location for years until the owner relented in 1999,” reads their website. “Chef wanted to give this incredible neighborhood bar longevity by restoring the signage, the interior, and adding some delicious food to the menu in its tiny kitchen. This is the kitchen where the original ‘Office Burger’ was born, establishing worldwide recognition.”

Many people credit Father’s Office with kick-starting the artisan burger trend when chef Sang Yoon took over the bar and restaurant in 2000. Yoon set out to make a gourmet burger and thus the Office Burger was born. In 2008, Esquire called the Office Burger one of the best burgers in the world.

Prior to the Office Burger, many bar burgers were made with bland filler ground beef, which is why people came to slather their burgers with ketchup and spreads. Made with dry-aged beef, however, the Office Burger is anything but bland. Rich and slightly gamey, this bold-tasting burger is topped with caramelized onions, Gruyère and Maytag cheeses, applewood-smoked bacon compote and arugula served on a soft roll and with no ketchup or anything other spread. These toppings are not overpowering, simply serving as a complement to the meat, the forefront of the Office Burger.

The menu is not limited to the burger, with salads, sides, entrees and of course one of Los Angeles’ finest craft beer selections.