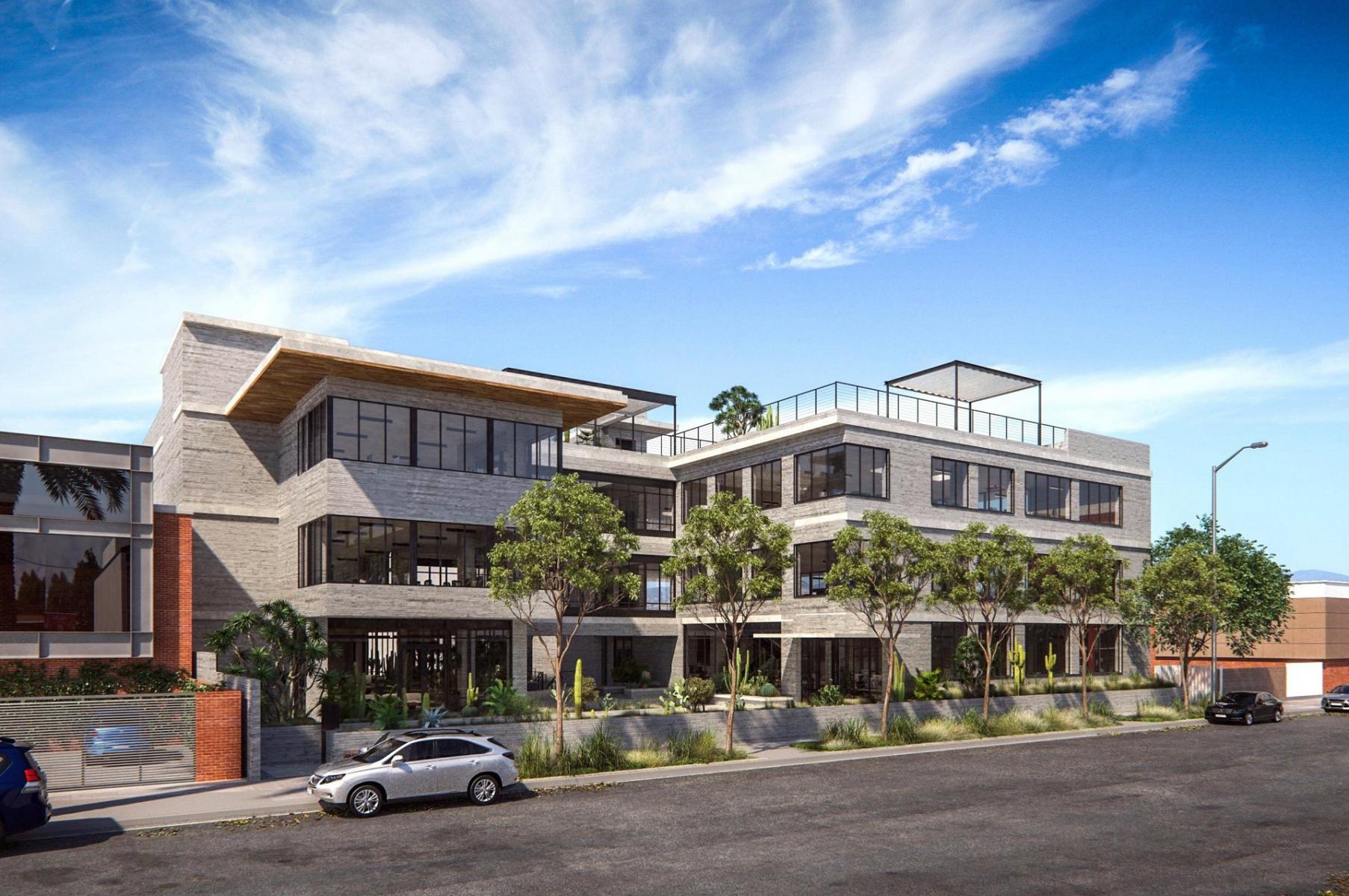 Santa Monica is getting a new look at an office space planned near Memorial Park.

Plans were recently presented to the Santa Monica Planning Commission by real estate development firm Redcar Properties. Located at 1650 Euclid Street, plans for the three-story building call for 39,389 square feet of offices with parking below for 131 vehicles.

Currently, plans for the uniformly-windowed building include a rooftop deck complete with landscaping. The building would be split into two wings and joined via a glass bridge. The rooftop decks would be accessible by tenants via the first and second floor, showing a H-shaped footprint. These plans for the structure differ slightly from what was originally presented to the city’s Architectural Review Board. The first design had less windows, though it maintains similar concepts from RAC Design Build and James Corner Field Operations according to Urbanize La.

The Planning Commission made a recommendation for the project’s approval in accordance with a public benefits package which would include around  “$1.3 million in fees for affordable housing, park development, and transportation impacts that would be paid to the City of Santa Monica.”

A rendering if a development planned near Memorial Park in Santa Monica. Credit: City of Santa Monica.
Dining

A rendering if a development planned near Memorial Park in Santa Monica. Credit: City of Santa Monica.
Opinion

A rendering if a development planned near Memorial Park in Santa Monica. Credit: City of Santa Monica.
Education