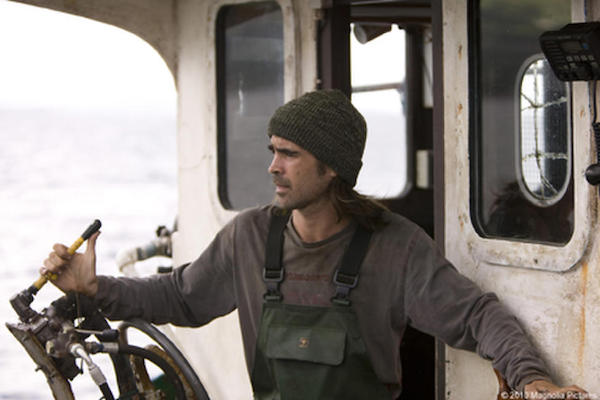 Ireland has one of the richest literary heritage in the world from James Joyce, Oscar Wilde, W.B. Yeats, Roddy Doyle, Bram Stoker, Thomas Moore, to Maeve Binchy, Jonathan Swift, Samuel Beckett, CS Lewis, George William Russell, and John Banville. In addition, the enchanting Emerald Isle has an equally rich history of mythology and legends passed down from generation to generation by storytellers in songs, tales, and limericks.  Among the most famous in Celtic and Irish myths are: “The Dullahan;” tale of the headless horseman; “The Shamrock;” St. Patrick’s metaphor for teaching the Holy Trinity; and “The Harp,” which the king used to cheer up his people.  Other legends include, “Macha, Goddess of the Horses;” “The Leprechauns;” “The Mermaids;” “The Fairies,” “The Butterflies,” and “The Pooka,” the most feared creatures in Irish folklore.  This brings me to “Ondine” and the myth of the “Selkie,” a legendary water creature in Irish and Scottish folk tales that can change its appearance from a seal to a human being by shedding its skin.

“Ondine,” originally released in 2009, was directed by gifted auteur Neil Jordan, who was feted for The Crying Game and Michael Collins.   The exquisitely shot film by cinematographer Chris Doyle can be described as an Irish romantic drama with mythological overtones.  It stars awesome Irish actor Colin Farrell, free to speak in his thick, luscious brogue in his portrayal of a struggling fisherman named Syracuse.  Filmed in the seaside fishing port of Castletownbere, Ireland, the story begins with a sweeping shot of the Atlantic Ocean that closes in on the long-haired, unkempt Syracuse steering his fishing boat in the choppy waters trolling for a catch, which has been very sparse lately.  Because of this, he has financial challenges in contributing child support for his daughter Annie, wonderfully played by Alison Barry, who lives with her drunk of a mother Maura, well done by Dervla Kirwan.  Suffering from a renal disease and needing a kidney, Annie is confined to a wheelchair, and requires dialysis. Sober for several years, but due to his past sometimes drunken clownish behavior, the townspeople nicknamed him Circus.  As he retrieves his net from the water, much to his shock, he finds trapped inside an unconscious woman who he brings back to life.  Alicja Bachleda plays the mysterious Ondine, who from the moment she is revived, refuses any medical attention and doesn’t want anyone to see her.  Respecting her wishes, he brings her to his grandmother’s empty cabin and dashes off to pick up his daughter for a treatment. He is very excited and confused about what he has just experienced, wondering how this woman could still be alive after having been submerged in the water for what was probably a length of time.  He wants to share his experience with Annie but frames it as a fairytale beginning with, “Once upon a time.”  At the end of the story, precocious Annie says, “That’s a real shite* story, jokingly adding that she must be a selkie.   The next day, back on the boat with Ondine, she sings a song that echoes deep into the water and when he brings up his net, it is full of fish and lobsters, which he had been unable to snare in the past.  Amazed at his bountiful catch he says, “You bring me luck.”  Our grateful fisherman wants to take his new friend into town to buy her clothes but she is reluctant so he goes shopping by himself where he purchases some clothing while stealing other items, which he stuffs into his pockets.  Not wanting to actually go for conventional confession, Syracuse visits his priest on a regular basis where they sit on a bench instead of the confession box. He confesses that he stole clothing for this strange woman. Played by the very talented Stephen Rea, his character is not your stereotypical priest, but one with a good sense of humor, understanding, and forgiveness in his heart.  “Will you steal again?  “Probably.”  “I thought so.”  In the meantime, this mysterious woman brings order to the cluttered cabin and plants flowers in the garden. Adding to the enigma surrounding her, is a haunting shot of a nearby lighthouse, where Ondine is sunning herself.  There is something otherworldly about the way she faces the sun and holds her body supporting the idea that she could be a selkie.  Syracuse convinces her to go into town for the annual boat races.  Suddenly, the brakes on Annie’s wheelchair fail to lock and she falls into the ocean but is quickly rescued by her dad’s new friend, cementing the notion of who she is.  As if bringing him bountiful catches and rescuing his daughter from the sea wasn’t enough, his ex-wife is in a car crash in which her disgusting boyfriend Alex (Tony Curran) dies.  More good luck, though, as he has a donor card and his kidney is a match for Annie.  It is about here that our beautiful myth begins to shred just a bit with the unexpected arrival of a man who threatens Ondine at which point the mystery of her identity supposedly begins to slowly unravel.  Our hero is angry at what he perceives as her deception and stashes her on a remote rocky island, breaks his sobriety, and the happy ending of this fairytale is uncertain, or is it?

As a sidebar, there is currently another film called “Undine,” by German director Christian Petzold, which is a modern version of the same myth.  It’s next up on my review list, so watch for it.