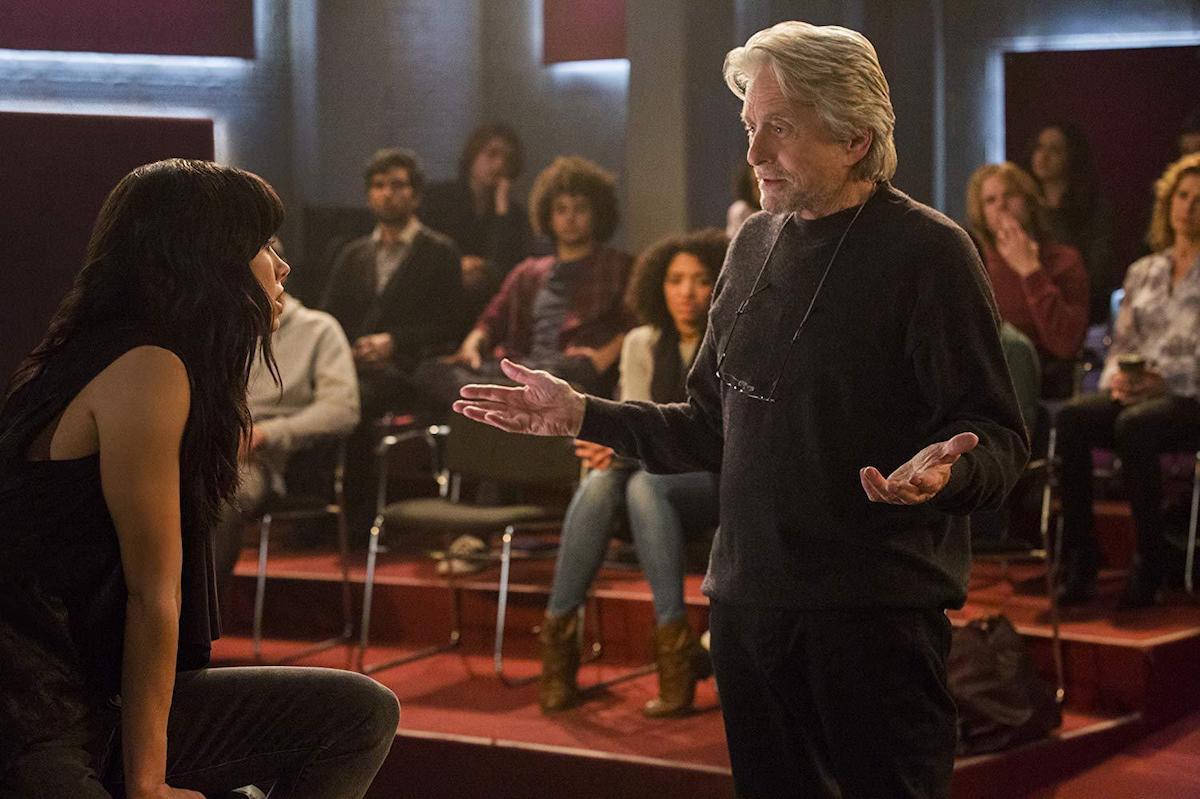 The Creator/Writer/Showrunner of The Kominsky Method is Chuck Lorre, a G.O.A.T. (Greatest of All Time) of television. He has created some of the best and most popular comedies of our time, such as Grace Under Fire, Dharma & Greg, Two and a Half Men (2003-2015), and most recently The Big Bang Theory (2006-2019), Young Sheldon, and The United States of Al, just to mention a few.

On the surface you would think that The Kominsky Method, which began as a sarcastic, funny and irreverent look at two best friends facing old age, played by Michael Douglas and Alan Arkin would appeal only to a Boomer niche of the audience. However, the series took on a life of its own, and in Season 3, characters of all ages grace the stage like Shakepearean players, each commanding their own corner of angst, endearment and laughter.

Few people know that show creator Lorre began writing not comedies but songs. He toured the country as a guitarist and singer, writing several hundred pop songs, mostly unknown now except for the Top 40 hit he wrote for Debbie Harry, “French Kissin’ in the USA.” Hmmm – now I can see that Charley Sheen’s “Charlie Harper” on Two and a Half Men was actually a slice of Lorre’s life. After over ten years on the road, Lorre began writing scripts for animated shows and created and produced themes and scores for animated series. He wrote a spec TV script that won him a freelance job on the comedy Charles in Charge that led to a staff job on the NBC sitcom My Two Dads, which then led to a producer position on Roseanne from 1990-1992. His involvement with that show revolutionized comedy, adding wit, grit and realism. Lorre to this day is the creator/producer of some of the best comedy shows on television.

Michael Douglas is the central character of The Kominsky Method, “Sandy Kominsky,” an acting coach and teacher who had never reached the heights to which he aspired in his career. He takes great satisfaction in imparting his incredible wealth of intuitive knowledge to his students, a small group of ragtag struggling actors, who become family to him.  Douglas himself has led a much different life. In spite of the fact that his father, the legendary Kirk Douglas, was vehemently against any of his children working in the entertainment business, Michael has been a mover and shaker in the industry since the late ‘60’s. He has always been an overachiever and one to take the road less traveled, producing and acting in theatre, film and television, often all at the same time, since his school years. He is no stranger to overcoming the odds, as he fought and beat stage 4 Cancer in 2010.

Partner Lorre’s creative genius with such icons as Douglas, Alan Arkin, Paul Reiser, Jane Seymour, Ann-Margret, and promising newcomers like Melissa Tang, Jenna Lyng Adams, Graham Rogers and the other members of Sandy’s Kominsky Method Class – who often tearfully impart intensely personal stories about their emotional lives – and you have a series definitely worth your TV viewing time. Sarah Baker brings “Mindy,” Sandy’s headstrong and stoic daughter, to life magnificently. In Season 3, Kathleen Turner plays Sandy’s ex wife “Roz.” She channels the romantic magnetism and sharp witty exchanges that won her acclaim as a lonely romance novelist drawn into adventure by Douglas’s character in classic film Romancing the Stone (1984). Watch for a hilarious and inspirational performance by Morgan Freeman, parodying some of the hubris and quirks of the industry.