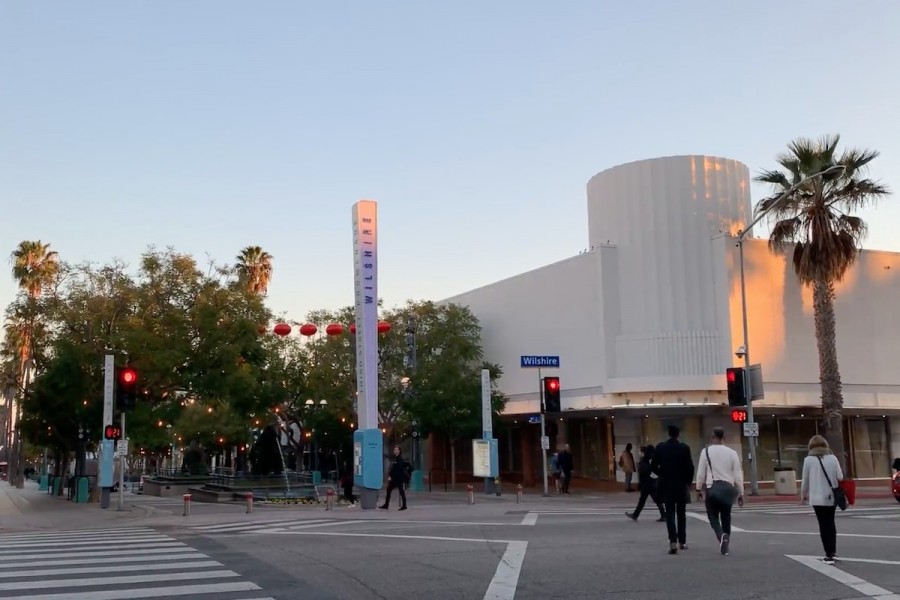 A recent incident in which an executive at Downtown Santa Monica, Inc. flippantly used the events of the holocaust in an attempt to push the agenda of the organization raises the question: is it time for new leadership at DTSM?

We believe people need to be held accountable for things said and at times unsaid. Especially those who run such a prominent institution like DTSM, the non-profit organization tasked with managing the Downtown Santa Monica area. The following is an account of an incident the Santa Monica Mirror recently had with DTSM that we felt needed to be known by more than just our staff.

On July 30, the Santa Monica Mirror published a column written by the members of SM.a.r.t. (Santa Monica Architects for a Responsible Tomorrow), like we do every week. The column argued DTSM was doing an insufficient job revitalizing the Third Street Promenade. Again, this is a weekly column, is 100% opinion, and was clearly labeled as such.

DTSM was not thrilled with this column and the same day, Kevin Herrera, the Communication Manager at DTSM, sent us an editorial in rebuttal to the SM.a.r.t. column.

The column Mr. Herrera sent to us included a few paragraphs accusing us, the Santa Monica Mirror, of being an irresponsible and inaccurate news outlet. Mr. Herrera was arguing that there was a plan to address the issues of the Promenade, an initiative known as Promenade 3.0. Mr. Herrera wrote that the SMa.r.t. column was inaccurate because it did not acknowledge Promenade Vitality Plan (Promenade 3.0) and that the Santa Monica Mirror was irresponsible for publishing this column. However, DTSM did not release details about Promenade 3.0 until August 4 and the SMa.r.t. Column was published on July 30.

We asked DTSM to edit out the parts of their rebuttal talking negatively about the Santa Monica Mirror and to keep their criticism to the content of the SMa.r.t. Column.

All this communication was taking place in an email thread that included Mr. Herrera, DTSM CEO Kathleen Rawson, Santa Monica Mirror Editor Sam Catanzaro and Publisher TJ Montemer. After a few days, Mr. Herrera responded, telling us we were wrong, and then goes on to say the following, copied directly from his email:

to me, Sam, Kathleen

….It is the same as if you published inaccurate information in a news article. Op-eds must be edited for accuracy. Would you publish an op-ed in which the author claims that the holocaust never happened?

We were shocked when we read Mr. Herrera’s response, sent from his work email in his position as Communications Manager, a job that entails representing DTSM to the public and media. To compare denying the holocaust (in which millions of innocent lives were lost) to the day-to-day business of DTSM is not only unprofessional, it’s incredibly offensive.

Furthermore, Mr. Catanzaro, our Editor, is Jewish and had family members who survived the holocaust and concentration camps but also relatives who were killed in the holocaust. So not only was this incredibly unprofessional, Mr. Herrera’s remarks were personally insensitive to Mr. Catanzaro and to many other people that live in and around Santa Monica.

Mr. Catanzaro replied to Mr. Herrera bringing up this misstep and mentioned he was “deeply offended”. Mr. Herrera’s response to this did not even address his offensive remarks, did not offer any apology, completely ignoring the issue, and instead asked us to include coverage on Promenade 3.0 in our paper.

To top this whole terrible episode off, Kathleen Rawson, the CEO of DTSM was included in all of these emails and did not chime in once to at least try to resolve some of the offensive things Mr. Herrera said. In addition, she did not contact anyone from the Santa Monica Mirror privately to address the comments made.

Ms. Rawson allowed her spokesperson to berate a local newspaper staff and then when the same spokesperson made some very racially insensitive comments, she was silent and did nothing.

In short, when you look at where DTSM is today, with the empty storefronts, homelessness issues, and then you see things like this happen with a local newspaper that is only doing their job, you have to wonder, is this really the best thing for DTSM and Santa Monica? Is this the leadership one of the most powerful stakeholders in Santa Monica should have?

There are times when we don’t always put our best foot forward and during one of the most challenging times this community and our organization have faced in many years, we stumbled. I truly regret how we communicated with you and have responded to this issue.

On behalf of DTSM, Inc. we would like to extend a sincere apology to you, the Mirror staff and anyone who was offended by an insensitive comment made in our recent email exchange. The reference was inappropriate and does not reflect the mission and values that are integral to the work that DTSM Inc. has done and will continue to do.