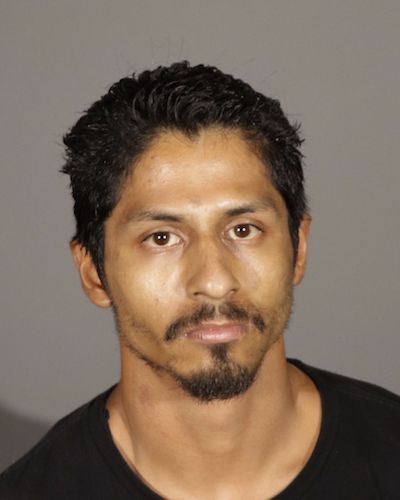 Santa Monica police arrested a man who was caught in the act attempting to steal a catalytic convertor.

According to the Santa Monica Police Department (SMPD), on August 12 around 5:35 a.m., officers were dispatched to investigate an active burglary involving a vehicle that was parked in the secured parking lot at 1833 Lincoln Boulevard, at Rainbow Carpet Cleaners.

“When officers arrived on scene, they could hear a grinding noise coming from under a white ford pickup truck. They observed a male subject, later identified as Alexander Torres, a 28-year-old male from Los Angeles, holding a flashlight. Torres made eye contact with a police officer and attempted to flee, however was immediately taken into custody without incident,” said SMPD Lieutenant Rudy Flores in a press release.

According to Flores, officers confirmed Torres was attempting to steal the catalytic converter from the pickup truck recovered a reciprocating saw, metal blades and the flashlight Torres was holding.

Torres was booked for grand theft. Officers also learned that Torres was on formal probation for assault with a deadly weapon.