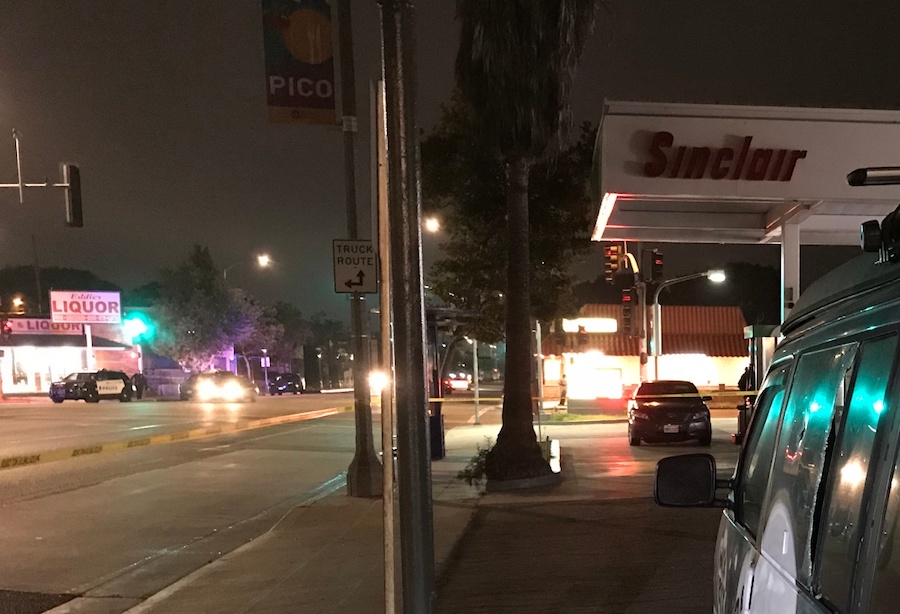 An El Monte man and woman were arrested recently after an attempted shooting outside a Santa Monica liquor store.

According to the Santa Monica Police Department (SMPD), on August 13, around 9:45 p.m., SMPD officers responded to a call for service at Eddie’s Liquor, 2045 20th Street, to investigate a shooting.

Officers learned a male suspect, later identified as 36–year-old Jesus Manuel Macias, was in a verbal argument with the victim in the parking lot. As the argument escalated, a female with Macias, 26-year-old Lucero Campos, retrieved a handgun from their car and handed it to Macias.

“Macias fired multiple rounds at the victim, missing both times, and both Macias and Lucero fled the scene,” said SMPD Lieutenant Rudy Flores. “An adult female passenger and three minors were also located inside the vehicle.”

According to the SMPD, witnesses later identified Macias and Campos as the individuals involved in the shooting. In addition, police noted a loaded 9mm handgun was recovered from the vehicle.

Macias was booked for assault with a deadly weapon, carrying loaded firearm in public, convicted felon in possession of a firearm and child endangerment.

Campos was booked for child endangerment, carrying a loaded firearm and aiding and abetting