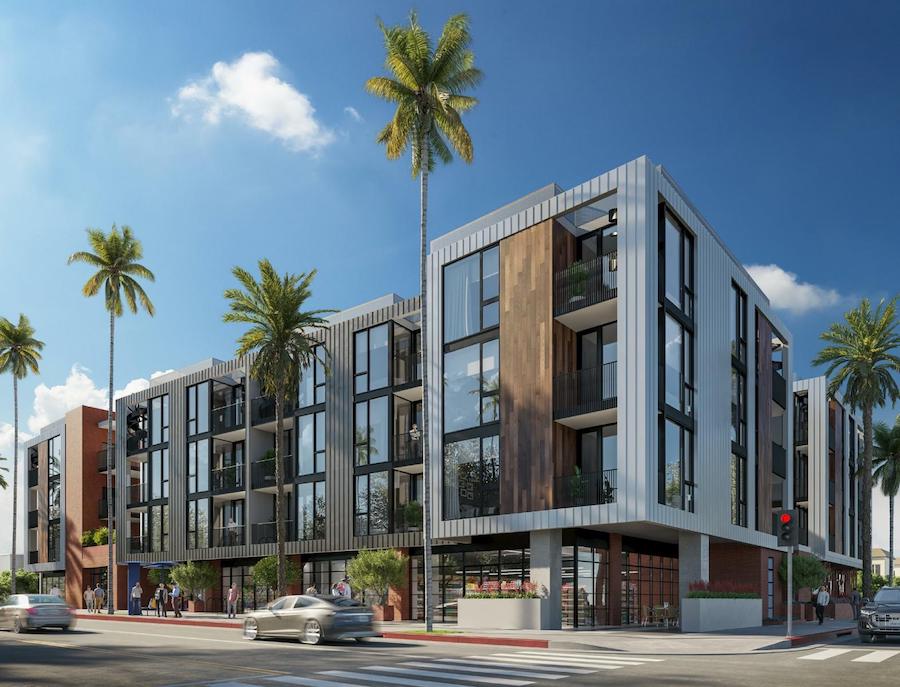 As reported by Realtor.com, actor Matt Damon’s home in the Pacific Palisades was finally sold after the price was lowered by three million dollars. The home was originally purchased for 15 million dollars, but when put on the market earlier in 2021, it didn’t attract a buyer until the price was cut to 17.9 million. The home is a contemporary building consisting of 13,500 square feet that includes 7 bedrooms and 10 bathrooms with a central atrium and luxury amenities like 35-foot mahogany ceilings and features natural light and natural stone fixtures.

A new development, previously approved by Santa Monica City Council, has been upsized by the developer Yale West, LLC, who is proposing 46 new units, including studios, single bedroom and multi-room apartments, at the southeast corner of Yale and Santa Monica Boulevard, currently a vacant lot. The new upsized proposal would boast twice the amount of units as originally intended and set aside nine apartments for lower-income tenants to take advantage of density bonuses offered by the state government. The apartments would be located over a 13,735 square foot commercial space that comes with a two-level underground parking lot with a total of 118 spaces as reported by Urbanize Los Angeles.

As reported by What Now Los Angeles, Mapleton Properties received approval from the Los Angeles Planning Department for a 207 unit, seven-story apartment building at 10003 Washington Boulevard close to the border of Culver City. The building of the property will take place in two phases, phase one is a seven-story, 111 apartment complex that will be built on the site of a former single-family home and car dealership. The second phase of the project will add 19 apartments that are designated for extremely low-income households as part of the city’s TOC program. The second phase will be built after the demolition of a bank building on the property and it will be a seven-story, 96 unit apartment building. This complex will include 126 parking and 171 bicycle parking spaces in one ground floor level and two underground levels of parking.

Developer Robert Green and designers Robert James Taylor Architects, Mika Design Group, and MJS Design Group are currently building a six story apartment complex with eight units built for extremely low-income households in Palms at 3739-3759 Cardiff Avenue. The building will come with a parking area that will accommodate 150 motor vehicles, a rooftop deck and several courtyards available for tenants. This development will also be part of the TOC program to promote affordable housing for lower-income families as reported by Urbanize Los Angeles.

As reported by Urbanized Los Angeles, a 300 million dollar redevelopment of the existing property at the former Trident Center office building in the Sawtelle area is progressing. The building will now be enclosed in glass and the area currently spans an entire city block. The building will now be known as Lumen West LA. McCarthy Cook and Northwood Investors are upgrading the property with Gensler designing the project. The property is surrounded by Purdue Avenue, Corinth Avenue, Olympic Boulevard, and Mississippi Avenue and was built in the ’80s. The project is expected to be completed in 2022 and will include a two-story extension at the junction of Purdue and Olympic, a dog park, and steel bridges to connect different parts of the building.

In Pico-Robertson, 911 Shenandoah Investment LLC has received approval from the Los Angeles Planning Department to build a new five-story apartment building with 14 units at 911 Shenandoah. Danny and Houman Rabbanian are listed as the members of the LLC. This is another TOC incentive project where the developers will receive a 70% density bonus and be required to reserve one unit for an extremely low and one unit for a very low-income household only. The building will replace a duplex that was formerly on the property and contains two studio apartments, five one-bedroom units, and seven two-bedroom units with 14 spots in a subterranean garage. Yael Lir Landscape Architects and San Besbelli Architecture & Planning are designing the building which will have 1,300 feet of open space and 728 feet of space on the ground floor as reported by What Now Los Angeles.