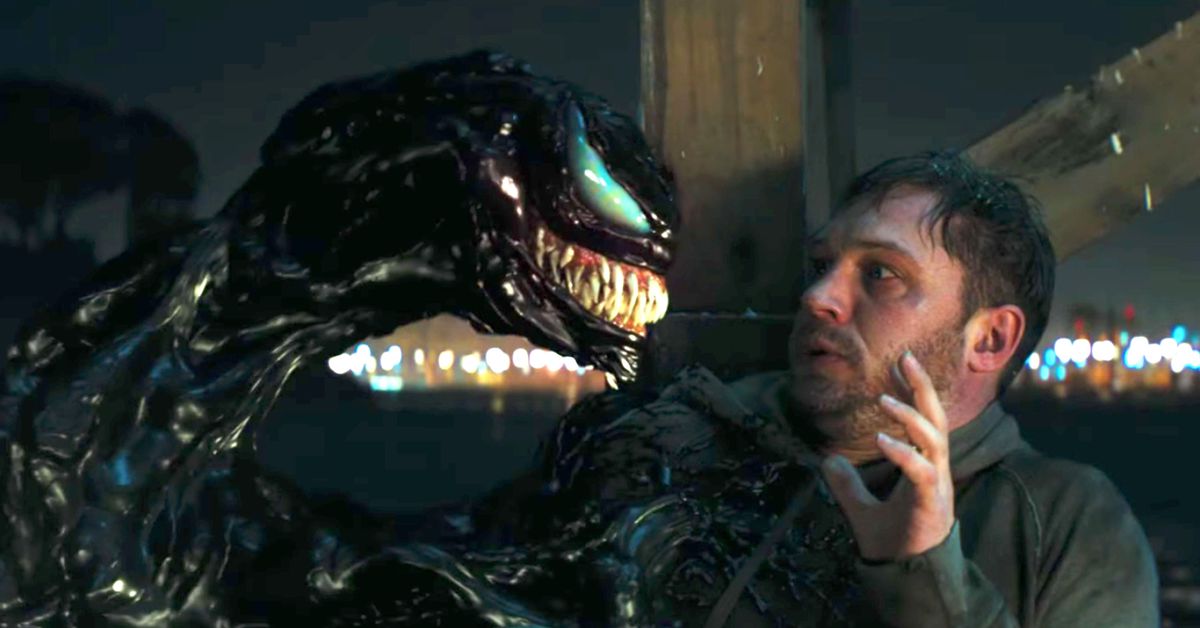 Venom: Let There Be Carnage is a sublimely cathartic experience – well, at least for those of us who tend to keep their emotions bottled up. The story is mythical, the characters are complex and deep, and the movie focuses on only a few very well drawn players, with whom we can identify.

Tom Hardy, as protagonist “Eddie Brock,” is a brilliant actor. His performances in Mad Max: Fury Road and Inception made those movies great.  You may not realize you’ve seen him in many other renowned films. He is a chameleon, losing his ego in the embodiment of each character physically and emotionally. He conveys the qualities of an everyman within the struggles of a hero. He’s worked in film since 2001. As Brock in Venom, he deals with the anguish of one failure after another. He’s a good guy with a big heart, yet nothing seems to work for him. What saves him is a very unlikely relationship with a “symbiote” – an alien creature living inside his body. What could have been just a story of destruction and devastation becomes a very unlikely and twisted “buddy movie,” thanks in no small way to the humor that pervades the story.

Hardy became invested in the character of “Brock” when he played the role in the original Venom film in 2018. For the sequel, he spent months working with Kelly Marcel, who wrote the screenplay for the first Venom. They tossed around ideas and developed a rich tapestry of story and characters, before she wrote the screenplay for Venom: Let There Be Carnage. There is a sense of comedy that lurks beneath even the most frightening passages. The travails endured by the main characters are recognizable to all. That is kind of a comic book thing – comics are our modern day mythology. However, the way this story is written and the skill of the actors truly lifts the film to great heights.

We identify with the colorful, outlandish characters and their pain, struggles and relationships. Naomie Harris embodies the primal scream of our pent up rage as “Shriek, the woman whom “Carnage,” played masterfully by Woody Harrelson, pines for. Harris has been working as an actor since she was a child. You may remember her as “Tia Dalma” in the Pirates of the Caribbean franchise or “Eve Moneypenny” from Skyfall, or in the Oscar-winning film Moonlight. “Detective Mulligan,” played by accomplished British character actor Stephen Graham, can’t get a break, and even though he may not be on the right side all the time, we feel for him. One of the most memorable performances of the film is Peggy Lu as “Mrs. Chen,” a role she reprises from the first Venom movie. I can’t tell you any more – just watch her.

Director Andy Serkis gives the grotesque symbiotes personalities we can connect with. “Venom” brings to mind your aggravating little brother. He’s the child inside us. He craves snacks constantly, he’s impulsive and thoughtless, he has no filter, and thus he sees the truth before the humans around him see it. Every scene and every word has meaning. There is no waste of time here. Even mass destruction allows a mass “Phoenix Rising,” a do over of mass proportions.

When I heard the gleeful screams from the audience at the quick glimpse of the foreshadow clip at the end credits, I realized that beloved comic book characters are like stuffed animals for avid comics fans. You will take away something from this movie, whether you spend your life in the Marvel comics multiverse, in the “real” world…or perhaps in a different dimension, an existence all your own.