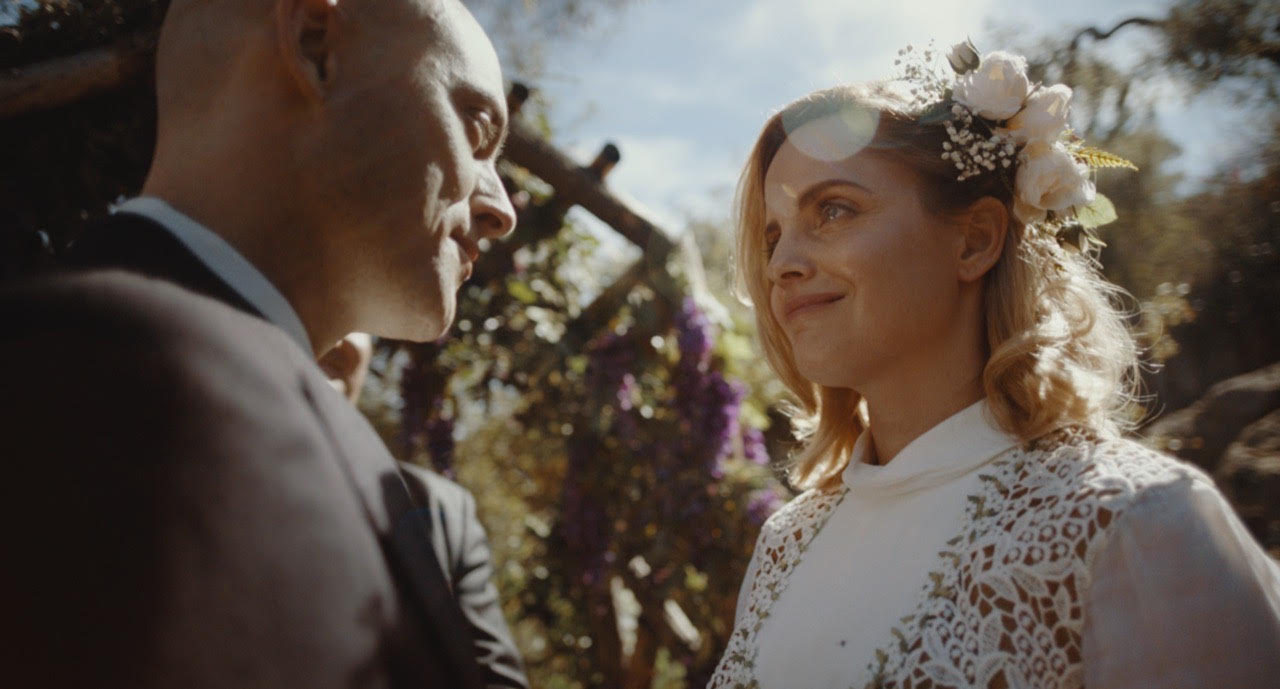 “I rise to taste the dawn, and find that

Ken Wilber is a respected American political activist and philosopher whose multiple books on spirituality are international best sellers.  Exploring transpersonal psychology, he has been dubbed the “Einstein of Consciousness.”  One of his books, GRACE AND GRIT, is the story of he and his wife’s battle against her cancer which was adapted for the screen by the film’s director, Sebastian Siegel, who has personally been impacted by his works.  Other authors who have influenced his life are, Alan Watts, Kahlil Gibran, William Blake, Martin Luther King Jr., Joseph Campbell, James Baldwin, Gary Zukav, Arthur Koestler, Paulo Coehlo, and Paul Ferrini.  Siegel has created a film that is both uplifting and devastating at the same time.  That said, in the current divisive state of affairs, we are bombarded daily with negativity and it has become challenging to suspend what I call creeping distain or disbelief in anything that might be called sentimental or overly romantic. This story, in the face of looming loss, takes love and devotion to the highest metaphysical level possible and is a reminder of its extraordinary inherent power.  So, I ask you to put aside your possible cynicism and embrace this feature with an open, loving, heart.

Siegel’s carefully directed film begins with Francesco Lupica and Daniel E. Wakefield’s sound track as Shan Lijestrand’s camera, who throughout the film captures both the visual landscapes as well as the intimate close-ups, takes us to a 1983 house party where Ken Wilber, well played by Stuart Townsend, meets Treya Killam, played by Mena Suvari.  She does a good job in mining the roller coaster emotional depths of her character.  At the first touch, they both feel that wonderful love-at-first-sight chemistry and he tells her, “When I hugged you in the kitchen, it felt like I never wanted to let you go.”  The feeling is instantly mutual, each of them agreeing that they have never felt this way before.  Treya, not really knowing much about Ken, checks out all his books from the local library, including “The Spectrum of Consciousness. ” After less than two weeks into their relationship, the smitten Treya tells her mom Sue, played by the always reliable Frances Fisher, that she is going to marry Ken, who likewise tells one of his friends that she’s the girl he’s going to marry.  So, hence they tie the knot and pack for their Hawaiian honeymoon.  It’s also time for Treya’s annual check-up, at which point a lump is discovered in her right breast which the doctor tells her is enlarged and hard but not necessarily malignant.  As it turns out, the lump is malignant and is removed.   She is in the habit of journaling* every day and tries to figure out what caused the cancer, reflecting back on her childhood with possible repressed feelings, the kinds of food she ate but can’t come up with a plausible explanation.  At this point, the lump is removed and no aftercare is prescribed.  However, a year later, after spending a wonderful Christmas with family and friends, Treya receives bad news – the cancer has metastasized and is now Stage 4.  Her doctor suggests removing her right breast. Throughout the rest of the film, Ken and Treya valiantly deal with one setback after another. In their search for a cure, the couple goes off to Germany to try alternative chemo treatments which, after four months, ultimately fails.  During this time, Treya continues to journal her thoughts and feelings in great detail and Ken reads to her from his books on spirituality.   Two years into her illness, Ken stops writing and devotes full time to taking care of his wife, but slowly the strain begins to wear him down and he starts sinking into depression, having water dreams of floating downward.  They move to Tahoe where Ken is beginning to lose his bearings and patience which the proverbial “straw” finally manifests in his annoyance at the amplified sound of her turning pages of a newspaper.  He asks her to leave the room which she refuses.  They argue and he moves back to San Francisco but this star-crossed couple reunite and continue to try alternative healings, again, none of which are effective.  The disappointments continue as the cancer metastasizes further and she now has small tumors on both sides of her brain and on both lungs.  Still staying positive, during an exam, she tells the doctor, “I’m not afraid of dying – just afraid of pain.”  Aware of the ultimate outcome, she says, “Because I can no longer ignore death, I must pay attention to life.”  In the meantime, Ken begins drinking heavily and continues to have dream visions of drowning.  However, his devotion is unwavering and in an almost operatic death scene she professes her love for him again and tells him, “I’m going – I’m so happy.  I’m so happy.  But I don’t want to leave you.”  He reassures her: “Honey.  It’s time to go.  Don’t worry.  I’ll find you again.  I promise.”  (Yes.  You’ll need a Kleenex.)

Sometimes it’s okay to put aside escapist entertainment and watch a story that will pull at your heart strings.  Shedding a tear or two is a good thing in case one’s heart has been hardened by “life.”  Yes.  This is a sad film, skillfully edited by Christopher Robin Bell, but it’s sprinkled with humor and is a quintessential love story about the spiritual bond that binds two people and a tribute to the resilience of the human spirit, even in the face of heartbreaking circumstances.

*Many of Treya’s journal entries are incorporated into Ken Wilber’s book.