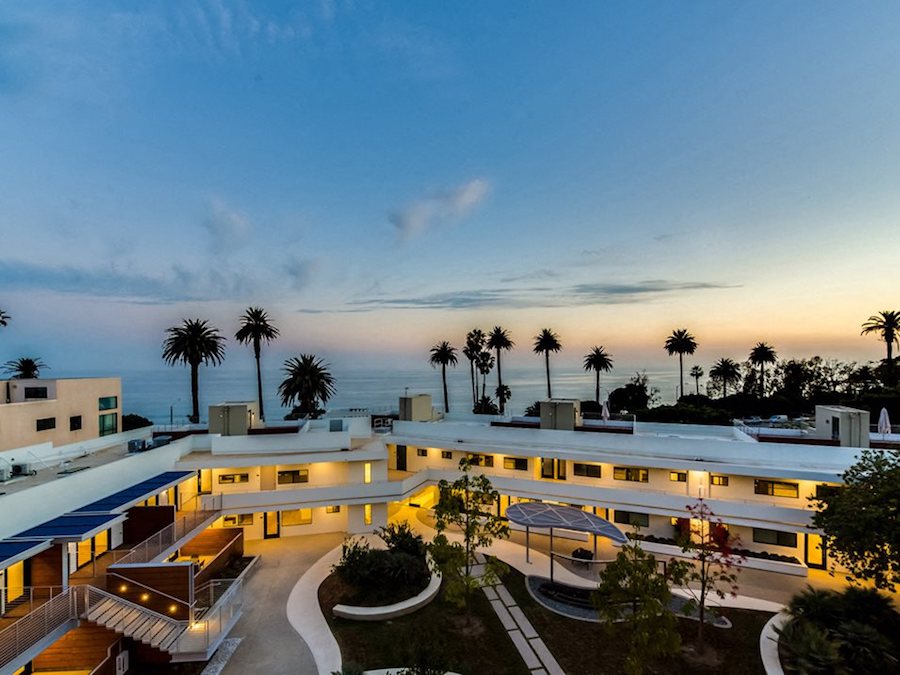 As reported by the Santa Monica Lookout, a mid-century apartment complex at 301 Ocean Avenue has been sold for $70 million dollars to an unnamed Asian company by the Marquis Property Company of Malibu. The status of the property has long been a point of contention among the owners, affordable housing advocates and historical preservationists who wished to have the building declared a historical landmark. The building was originally a 47 unit building that was built in 1952 by former Santa Monica Mayor Clo Hoover and her husband. Trammel Crow bought the in 2007 and evicted all the tenants after invoking the Ellis Act on the property. Marquis Property purchased the building in 2013 and, after a remodeling of the building which decreased the number of units to 38, was granted an occupancy permit by the city to allow rentals again. The beachfront property has a coveted view and the refurbished building is now the site of luxury apartments. The representative of the new owner, Eric Chen, says the new owner “is planning to hold this property as a long-term investment.” as quoted by Santa Monica Lookout.

McRight/Wagner Venice Home and Studio on the Market

The McRight/Wagner home and studio is now on the market for $4 million dollars in Venice as reported by Realtor.com. Warren Wolff Wagner of W3 Architects designed and built the home for himself and his spouse, artist Blue McWright. It’s actually two buildings, built one on top of the other. The bottom is a two bedroom living space. Wagner’s architecture firm was also housed in the bottom building and the second building was added as an art studio space for his wife’s work, so they are indeed two separate structures. The buildings have thick block walls and custom steel doors along with a passive solar water system. There is also a separate two bedroom bungalow at the back of the property.

LeBron James recently took a small loss on the sale of one of his Brentwood homes for slightly less than he bought it for originally in 2015, as reported by Realtor.com. The difference between the purchase price and the sale is just under $200 thousand. James put the home on the market earlier this year for $20.5 million which was an asking price that was also under the original purchase price.

Redcar Properties will be building new offices in the Hayden Tract area of Culver City as reported by Urbanize Los Angeles. The new structure will add additional office space to the current building at 3516 Schaefer Street designed by RAC Design Build, which will be a three story building with nearly 10 thousand square feet of additional space for the property. In total, there will be 17,200 thousand square feet available for rent with 27 total parking spaces in a stackable configuration. 3516 Schaefer Street is located between two MTA stations, the La Cienega Jefferson and Culver City Expo Line train stops.